Students respond to devastation through civil discourse – why should discussions occur? 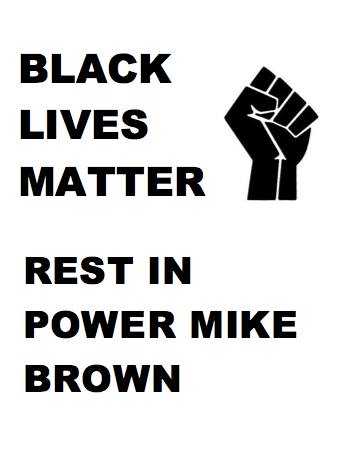 In the wake of the grand jury’s decision in Ferguson, Missouri, Head of School Anne Stavney gave a speech in assembly. In her speech, she recalled a memory of a book, Our Bodies, Ourselves, she had been given in college. She describes the disrespectful way she felt it was presented to her and how she was not able to truly appreciate the book until she had put the disrespect behind her. Likewise, she used this experience to advise Blake students to fully understand each others’ opinions and show respect rather than jumping to conclusions.

Past endeavors trying to create discourse and discussion has left Blake in the same place: annoyed, frustrated and confused. Hodan Ahmed ‘15 explains that “We need to have discussions regarding what happened, and there was only the people on the supporting side that showed up [to the discussions] so it was just us talking to each other about how great we think race is and how we think that we should support Mike Brown and everything; but the other side of the discussion, people who didn’t agree, and who were pulling down posters, didn’t even feel the need to come to the discussions. That’s another example of how we don’t talk about it enough because there’s just no dialogue. We can’t have discussions with people who are on the same page all the time.”

Why do many students with opposing viewpoints choose not to come to school discussions? Amongst interviewees, there were two clear themes. First, some students simply don’t want to go, and second, students feel that there is a lack of acceptance toward their viewpoint from other students. One anonymous student stated that he chose not to attend the discussions for fear of “getting in a fight with someone” or being silenced or even punished by the school.