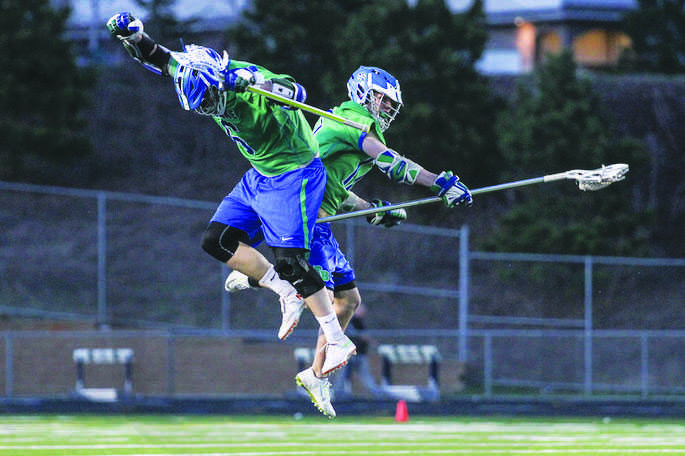 ne year ago, the Boys’ Lacrosse team was ravaged with injuries. After two of their best players, Gus Austin ‘15  and Moss Shannon ‘15 went down with ACL tears, the team could have lost hope, but instead persevered for a 15-4 record.

Fast forward one year, and the team is healthy and filled with young talent. These younger players have given the program insurance, and have continuously stepped up and helped lead the team to an impressive season.

This year, the team can also rest comfortably in the hands of the senior class. Along with a strong statistical impact on the game, their transition into team leaders has been just as crucial to team success. Thomas Washington ‘18 mentioned, “At first I was intimidated by the upperclassmen, but they were super welcoming and nice to me.”

Johnny Hartfiel ‘17, another strong young player, commented on the team leadership: “The team is made almost all of upperclassmen, but really everybody helps everyone and it’s not just the upperclassmen leading, it’s a group effort and that’s one of the reasons the program is so good.”

Shannon agreed with Hartfiel on the importance of leadership from top to bottom: “We are definitely a younger team this year. We lost a lot of great players, but I think we have some young guys who can step up. It’s always great to be able to play with some young guns while also teaching them how to be better players.”

This year, the future looks bright for the team, young and old; a state championship is the goal.

In the words of Clayton Rae ‘16, “We know the hunger that we all have for the state title. It’s ours, we just have to work for it.”

It might seem lofty right now, but if they hoist the state trophy in the JNA, don’t be surprised.

Shannon sums up the team’s yearning to win, saying, “This team’s hungry, and we gonna eat.”