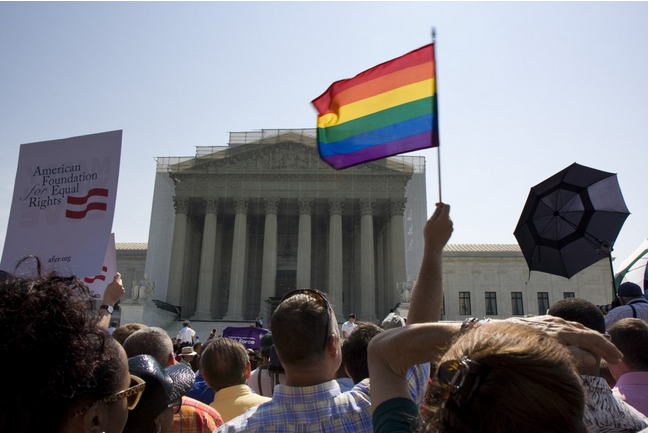 This summer was an eventful one for the LGBTQ community. On Friday, June 26, the Supreme Court of the United States ruled that denying same-sex couples the right to marry violates the Fourteenth Amendment to the Constitution.

A little over a month later, on Wednesday, July 29, Shade Schuler’s corpse was discovered in a field outside Dallas, Texas. Her body had decomposed so completely that it took authorities two weeks to identify her.

When authorities finally identified her, she became the thirteenth transgender woman to be murdered this year in an apparent hate crime, and the eleventh trans woman of color.

According to the National Coalition of Anti-Violence Programs, contrary to what many may believe based on the gains of the marriage equality movement, anti-LGBTQ (lesbian, gay, bisexual, transgender, and queer), homicides in the United States actually increased by 11% last year.

Furthermore, this increase was accompanied by a decrease in funding for research on the subject, meaning that the actual tally could be even higher than reported. Of those who survived hate crimes and reported them to the police, half reported that they experienced significant hostility from the very people who were supposed to help them achieve justice.

The CDC’s latest available data shows an increase of 12% in HIV infections among gay and bisexual men over a two-year period, with African-Americans making up 45% of those despite being only 14% of the general population.

According to a study by the National Center for Transgender Equality and the National Gay and Lesbian Task Force, 2.64% of transgender people are infected with HIV – four times the national average.

A staggering 41% of trans people have attempted suicide, in comparison with 1.6% of the general population, and 25% reported misusing drugs and/or alcohol specifically to cope with discrimination they face due to their gender identity.

The CDC has found that up to 28% of lesbian, gay and bisexual middle and high school students have been threatened or injured by a weapon at school, up to 32% are survivors of sexual assault, and that we’re twice as likely to attempt suicide as similarly situated heterosexual students.

According to a study by the Williams Institute at UCLA Law School, even when controlling for other factors that affect poverty, like race, gender and education, people who are LGBTQ are more likely to live in poverty than those who are not. And the problem becomes even worse when people experience other types of discrimination other than that based on their sexual/romantic orientation or gender identity, with poverty rates even higher among LGBTQ women and people of color.

Another Williams Institute study shows that a mind-boggling forty percent of homeless youth are LGBTQ.

Now, I’m not trying to make your brain go numb with all of these statistics. I’m trying to show that, to quote civil rights activist Audre Lorde, “There is no such thing as a single-issue struggle because we do not lead single-issue lives.”

While nationwide marriage equality is certainly a major milestone for LGBTQ rights and cause for celebration, it is imperative that we recognize that there are innumerable other (and, in my opinion, more urgent) issues which affect members of our community. And I say our community because even if you don’t identify as LGBTQ, there are certainly members of your community (whatever that may be) who do.

At our school, we pride ourselves on the strength of our community, and we must demonstrate that by remembering that any issue that affects one of us affects all of us. The struggle for LGBTQ equality isn’t over, and it’s fundamentally inseparable from other struggles against economic injustice, racism, police brutality, and lack of access to adequate healthcare. We can’t afford to think that just because people of the same legal sex are allowed to marry one another, discrimination and violence against LGBTQ people are at an end. There is much work left to be done.