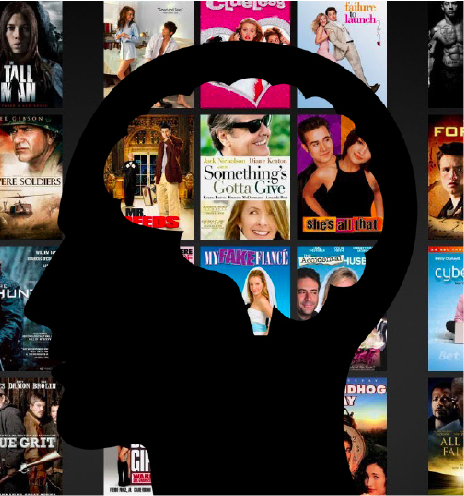 Netflix is a beautiful and terrible thing.

Let’s be real, whether it’s providing means of ignoring your family or school work, Netflix is the best friend that everyone wants and a black hole, sucking in social advancement and educational accomplishments.

As a proud owner of a Netflix account, I can tell you first-hand that it has taken up an embarrassingly large part of my daily routine, and because of Netflix’s autoplay feature, I have been known to finish multiple seasons within a matter of days. I know I’m not the only one.

Kendall Rickert ‘18 admits to watching Netflix “once or twice a day,” and Daniel Haakenson ‘18 also reports watching “so much!” The amount of students that use Netflix, which may not be a surprise to you, is the vast majority. Anisa Hickey ‘16 mentions that all of her friends engage in not only the use of Netflix, but occasionally “binge-watching” – the practice of viewing a disgustingly large amount of consecutive episodes – on Netflix.

Besides the obvious issue of time, Netflix has created a rivalry with cable television companies and movie theaters. Netflix allows users to schedule TV around their lives. As Haakenson points out, “[Netflix] helps me procrastinate,” not to mention for only $7.99 a month.

You no longer have to wait in line at a movie theater or stay home to watch a scheduled show, and for these reasons, Netflix has begun to monopolize the entertainment industry, pushing movie theaters and expensive cable TV out of style.

Netflix is the all-you-can-eat buffet of television, without the up-front fees and individual purchases of On Demand services.

The question remains, how are companies opposing Netflix’s innovative structure supposed to stay in business? Well, they don’t. This isn’t all bad, as Netflix and its competitors – such as Hulu – have been forced to lower prices, improve efficiency, and rework their mission statements to compete with Netflix’s goal of improving the consumer’s experience.

Netflix, Hulu, and similar online streaming services are running expensive TV companies out of business with cheap or even nonexistent prices, and without competing firms, Netflix would no longer have the same pressure to constantly improve.

So, the next time you spend all day in bed watching absurd amounts of Netflix and that dreaded “Continue Watching” pop-up appears, which option will you choose?