After months of painstaking deliberation, the Senior Gift Committee chanced upon an epiphany: the gift would be a “lightly to medium-lightly” used Wii, placed in Blake’s intellectual hub – the weight room.

During the final Committee meeting, when asked for his two cents on the proposal, visionary English teacher Mike Bazzett intoned, “I think that when juxtaposed to the fractured nature of Blake’s spirited communal relationships, a used Wii just represents a truly impeccable microcosm of an exemplification.”

After being pushed to elaborate on his meaning, Bazzett shrugged and said, “I don’t really know what it means… but that’s the A-thesis I’ve spent a decade looking for. Just do the thing.” The faculty members of the Committee met his comments with a wave of agreement.

When plans were finalized and presented to Senior Dean Jim Mahoney, the Great Man leaned back in his chair and stared at the ceiling, deep in the depths of contemplation.

After thoughtfully chewing on his lunch for thirty minutes, Mahoney suddenly lurched forward and slammed his palms onto his unyielding oak desk.

When the delegates from the Committee, in shaking voices, asked for his thoughts, Mahoney’s response was to cross his arms and nod slowly. His concluding words, delivered no louder than a whisper, were, “I like it. I like it a lot.”

The student head of the Committee and senior vice president – who requested to remain anonymous for fear of slander– revealed, “Well, we did it. We scraped together the money to buy the Wii. Hopefully, the community will really appreciate 2016’s legacy contribution!” 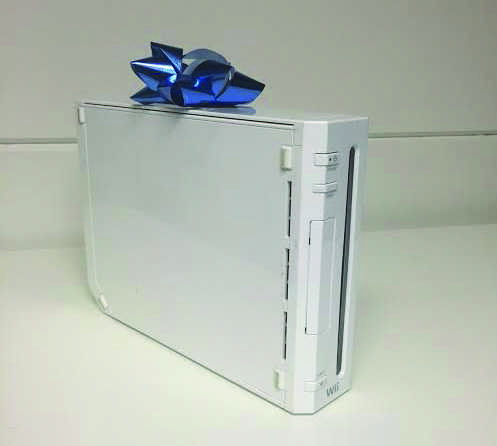 When asked about the potential games that would be available he said, “Ah… about the games… we didn’t have enough money for those. I mean, c’mon, after 2015 I think finishing 70% of the thing means that it’ll be just fine.”