Sex ed on the Runway 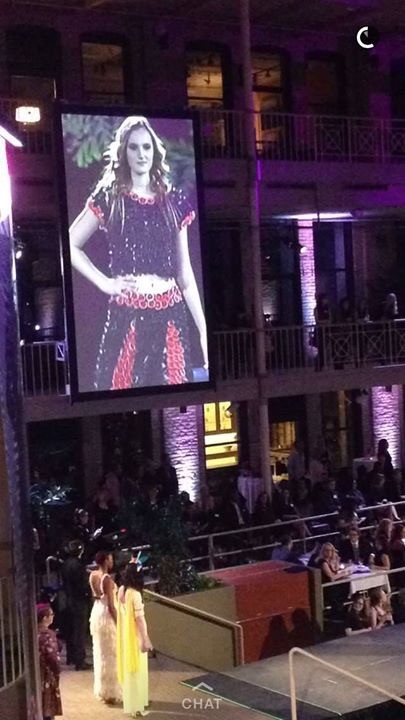 McCallum's dress, worn by a professional model at the event.

This February, Ruby McCallum ‘17 made a dress made out of condoms for Ready or Hot, an annual fashion show put on by Planned Parenthood. McCallum is on their Teen Council, a group of teens who talk about and teach sex education.

Q: What is Ready or Hot?

A: It’s a fashion show fundraiser that they [Planned Parenthood] put on every year that’s aimed towards young people instead of their usual bracket of donors, [who] are usually older women.They asked the Teen Council to contribute to the show by making either clothes or little objects out of condoms for the runway or for the silent auction. All the money [went] towards Planned Parenthood.

Q: What does the Teen Council do?

A: The Teen Council is an educational group for Planned Parenthood. We meet once a week, [and] there’s about twelve of us. We talk about health and sex education and then we teach it to other teens. It’s all about peer led sex ed, so we get the tools to go tell other people about what we’re learning. We increase dialogue about healthy relationships and healthy sexuality among peers and young people.

Q: What did you make for the fashion show?

A:We got to order as many condoms as we wanted to and then build whatever we wanted to. We had about three weeks to do it and I made a dress out of condoms for the fashion show!

A: The fashion show, it was really cool. The guy who put it all together was [a] top fashion guy in the Twin Cities and I got to see the dress I made on a professional model, which was crazy. Grant Whitaker came out on the catwalk at the end of the show with a prior Project Runway contestant, and I had no idea that was going to happen! I didn’t even know if it was going to make it, so it was just so cool to see it up there and have everyone clap and love it. It got auctioned off for $200 at the end.