A vote for Gary Johnson is a vote for freedom 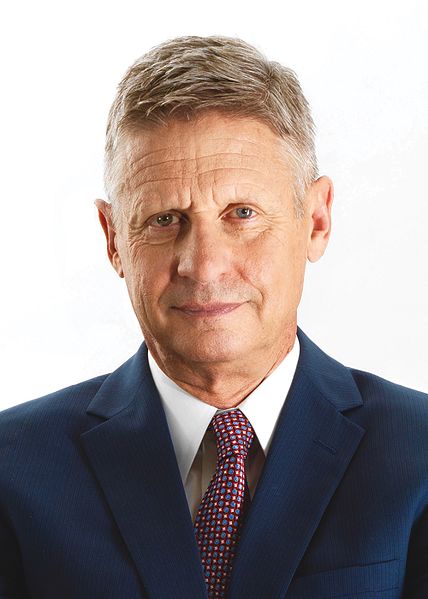 If you like freedom, you should already be on his side.

While that is a simplification of our current political situation, the conclusion is clear: Gary Johnson is the best choice for president of the United States.

For background, Johnson was a successful governor of New Mexico. Johnson is a libertarian; economically, he generally agrees with Republicans (cutting spending, encouraging free trade, repealing Obamacare) while on social issues––with the exception of gun control––he mainly sides with Democrats (marijuana legalization, gay rights). On foreign policy, he’s in favor of a less active role for America.

The choice for Johnson is even clearer when reviewing the major party candidates. Both are abominable.

Hillary’s also corrupt. She’s the kind of person that would sell her own grandmother if it led to more power. She’s received hefty donations from numerous foreign officials through the secretive Clinton Foundation, and her six-figure speaking fees are glorified bribes from the big banks. A Wikileaks email shows that she was given advance notice on debate questions from the media prior to some of her debates with Bernie Sanders. She’s clearly corrupt, and she’s willing to do anything to take power.

Now, to Donald. He’s not exactly a role model. His bombastic, incendiary, and grossly inappropriate comments––especially those about women––are not befitting of a president. He’s stubborn. Even though the evidence says otherwise, he will not concede that he was in favor of the Iraq war. He refuses to release his tax returns: something that every major candidate has done since Reagan. He’s also egotistical; is he running for himself or for the country?

Could you, in good conscience, vote for either of those candidates?

Even these indictments of character neglect their political positions, which restrict liberty in various ways.

Johnson is completely pro-liberty and has fewer question marks than the others. Admittedly, he’s not the brightest; he seems to have a hole in his foreign policy knowledge. When asked a question on TV regarding Aleppo––the city at the center of the Syrian refugee crisis––he blanked. On another TV interview, he couldn’t name a single foreign leader that he respected. However, his temperament, trustworthiness, and pro-liberty positions vault him above the other candidates.

Unfortunately, many people––including those at Blake––are unaware of Johnson. Only 6 of 16 Blake students polled, out of a wide range of backgrounds, were able to accurately describe three of Johnson’s political positions. This is in line with a nationwide trend; a poll by the Huffington Post found that 66% of Americans have never heard of him.

The usual response to any third party candidate is: “They’re not going to win. A vote for them is a wasted vote.”

In reality, a vote for Hillary or Donald is a wasted vote. By voting for Johnson, you stand up to the political duopoly that has given us these candidates.

The defeatist mentality surrounding 3rd party candidates is exactly what prevents real change from happening. As a parallel example, Minnesota has voted Democrat in presidential elections every year since 1976. However, that doesn’t stop millions of Minnesota Republicans from voting. They go to the ballot box with the mentality of voting for the option they think is best, regardless of what others are doing.

The same logic should apply to Johnson: if you think he’s the best candidate for the job, vote for him.