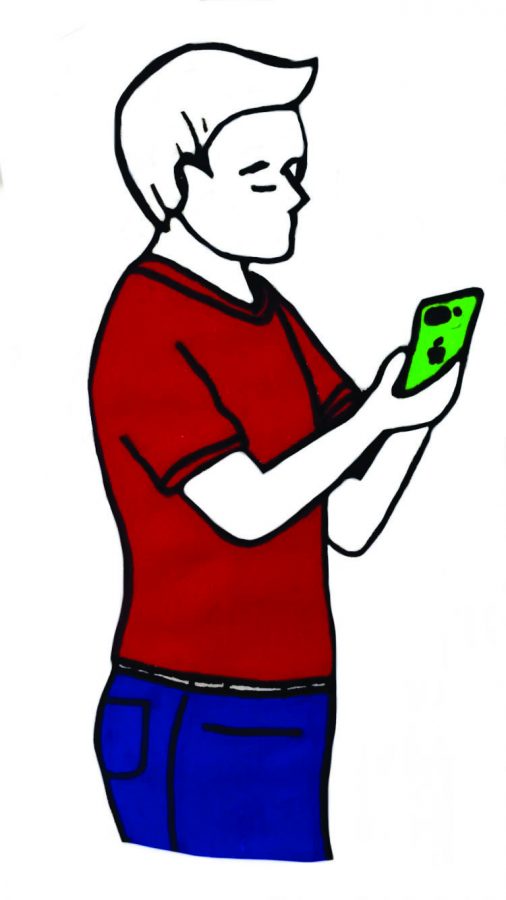 With constant technological advances, it seems as if everyone knows where everyone else is at all times.

The thought of living a day sans technology is deemed more and more horrifying as new iPhones are released and social media is updating. I personally catch myself subconsciously refreshing apps like Snapchat and Instagram more often than is necessary.

This dependence that many teenagers undeniably have on their phones isn’t a good thing, especially when FOMO is taken into account.

FOMO, or the fear of missing out, is the feeling of anxiety that stems from the news of friends hanging out without you.

FOMO is often sparked by the sight of a post on social media. Snapchat is FOMO’s most colossal enemy. With excessive photos per hour, coming and going to both you and hundreds of people at a time, a lot of events are documented.

Additionally, because photos and videos on Snapchat vanish in a short period of time, posting on the social media platform becomes even more casual since the stress of putting yourself on the internet is only temporary. Someone you’re with just wiped out? Post it. You’re at Cane’s for the night? Post it. You’re taking a bath? Post it.

Grace Vojta ‘19 suggests a cycle of FOMO, where you see others posting to brag so you post to prove yourself, and the pattern continues. Vojta says, “We like to brag on social media; it’s the thing that gives us instant gratification but also harms us.”

After several posts, the FOMO builds higher and higher, and you can’t help but wonder why your friends are posting what they are. A collection of several posts from the same gathering can even feel like a personal attack on those who aren’t there, even if that’s not the intention.

Imran Omar ‘20 believes that “FOMO is unsolvable, because in high school, people just want to be popular and get invited to parties.”

Like both Vojta and Omar note, posting on social media for the sole purpose of proving your popularity or how interesting your life is isn’t uncommon.

Omar also says, “FOMO is such an issue because having the thought that your friends are having a good time without you can mess with your emotions terribly.”

Despite the terrible pit in your stomach that is FOMO, it’s important to not let it get in the way of living in the moment. Omar says, “FOMO can keep you from living in the moment because all you think about is what you’re not doing, and it can make you live someone else’s life because you’re so into seeing what they’re doing without you.”

Vojta is right when she advises, “You’re never going to be invited to every party or every Sunday brunch, so you can’t let the social dynamic of high school define who you are as a person.”