Push for middle schoolers on varsity 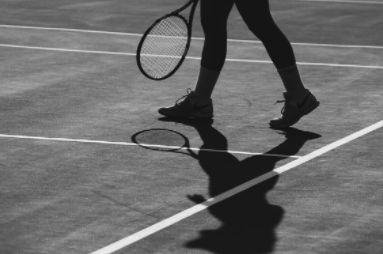 Sophie Skallerud '18 in the midst of a match against St. Paul Academy.

You have just finished your first high school tryout. Though you’re just a seventh grader, you left your heart and soul on the field. Now it’s the waiting game: will that email pop up into your inbox saying you’ve made the varsity team? It can go two ways. You make varsity as a middle schooler, or you don’t.

Some people share the idea that middle schoolers shouldn’t be allowed on varsity sports. In public schools with a larger student body, this opinion is generally more popular than in smaller schools. This is because there are so many students that it is probable for many high schoolers to be at a similar level to middle schoolers. The prioritization of high schoolers on varsity teams stems from the fact that middle schoolers have more chances to make the team while upperclassmen’s opportunities are more limited since they are older and have less years to make the team.

However, many people believe that allowing middle schoolers on varsity could not only be beneficial to the student but also to the team. Young talent among middle school athletes can benefit the team a great deal, because in the end, regardless of age, the goal of assembling a team is to get the best athletes that will allow for success. So, many say that if the player is qualified to make the team, age shouldn’t stand in the way of them making it. Even the Minnesota State High School League (MSHSL) aligns with this belief. Nick Rathmann, Blake’s Athletic Director, believes that since the MSHSL includes kids from grades 7 to 12, there is no reason to exclude younger athletes.

In contrast, another issue of having middle schoolers on varsity in smaller, private schools is the issue of maturity. Making the team as a seventh grader, who may not be very mature yet could make it difficult for you to put forth your skills on the team, and build relationships with your teammates. Natalie Anderson ‘20 states, “I think that if they are good enough to play on a team, then they should first play on JV as a 7th grader, and then go to varsity as an 8th grader, so they get what it’s like to be on a team.”

Being a Middle Schooler on varsity can help teach you valuable life skills from the upperclassmen as well. When interviewing Lauren Benedict ‘23, a 7th grader on varsity swimming, she said, “They always support you and they always encourage and cheer for you.” One of these life skills that you learn is supporting and cheering on each other, in addition to time management, teamwork and commitment to your team. All three of us believe that immaturity didn’t affect us at all during any of our middle school seasons on varsity. The cheering and support we felt from our team pushed us past any awkwardness that could come from being too young, and made us feel like a family.