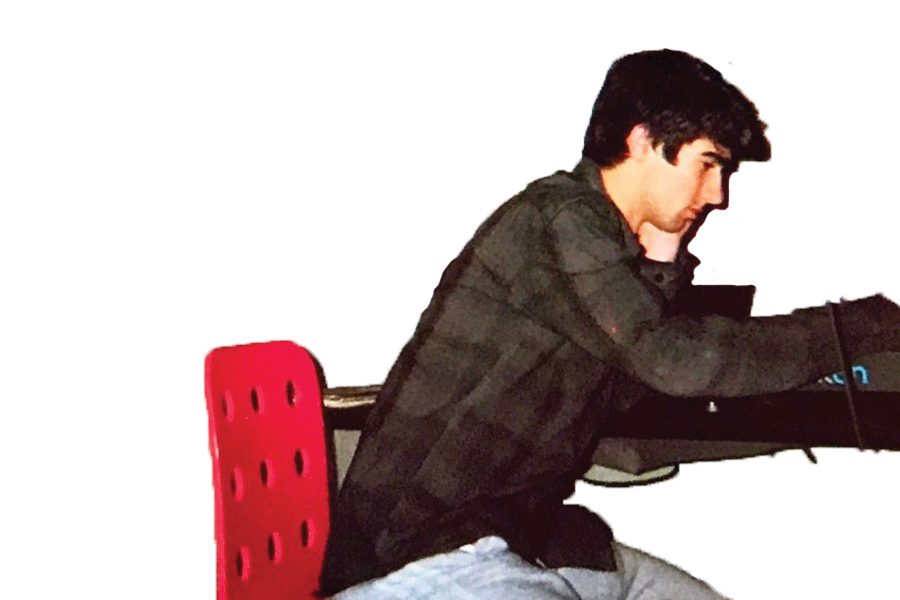 “I’ve never taken lessons or classes or anything, so it’s just me looking at YouTube videos, figuring stuff out, learning music theory for myself, and making that stuff come to life,” says Sam Shapiro ‘18.

Shapiro has been making beats, mixing, and mastering since his seventh-grade self decided to venture into digital production.
After confinement to GarageBand for a year and a half, ninth-grade Shapiro employed more advanced musical software Logic to “mess around with” and commence his beat-making. He later ascended to FruityLoops, his current-day software.

Now a Monday-night ritual, Shapiro has released an instrumental on his SoundCloud, reachable by searching “Sam Shapiro”, every week for over two months. “‘Villain’, my first one I put out, [is my favorite] because it just got a lot of love.”

Despite his increasingly consistent SoundCloud presence, Shapiro refrained from publishing his work for four years: “I would just keep them to myself. I was kind of nervous, but I’m not really sure why. It was just something I didn’t know if I wanted to share with everyone, but I got a lot of support from friends and other people I’d show. I forced myself to try to put a lot of stuff out there to grow and get exposure.”

Having advanced significantly since then, Shapiro’s newest track “They Always Want More” features his own voice atop his instrumental.

Regarding Shapiro’s four years of solitary exploration, brother Jake Shapiro ‘21 says, “He spent a lot of time in the basement. He put a lot of time into it and waited until he got good, and he would ask me things about [some beats].”

Fueled partially by personal icons, Shapiro continues to evolve as an artist. He’s primarily influenced by “guys like Jay-Z and Kanye West.” He says, “Kanye started out as a producer which is super sick. Teddy Walton is really cool. He did a ton of stuff on the new Black Panther album. He also produced ‘Crew’ by GoldLink.”

As far as favorite individual beats go, Shapiro idolizes “The Recipe” by Kendrick Lamar over all else: “That’s my favorite beat. Ever. It’s just sick. It’s super smooth, and it’s sampled, so it was taken from another record.” He continues, “Jay-Z’s ‘Dead Presidents’ is one of the best beats ever. ASAP Rocky also has sick beats. His ‘1 Train’ instrumental is one of my favorites.”

On sampling, Shapiro says, “I think it’s cool how people are pulling older stuff into modern music. It’s often times overlooked. I think people would be surprised if you saw how many songs were taken from old-time records. Over half the stuff you hear on the radio is taken from other stuff. Even stuff like Travis Scott’s ‘Antidote,’ Drake’s ‘Hotline Bling,’ all this really mainstream music.”

Shapiro doubts a future as a producer, but he aspires to immerse himself in the music industry nonetheless. He’d like to pursue business, but would simultaneously seek involvement in music through marketing, finance, or management for a production company.