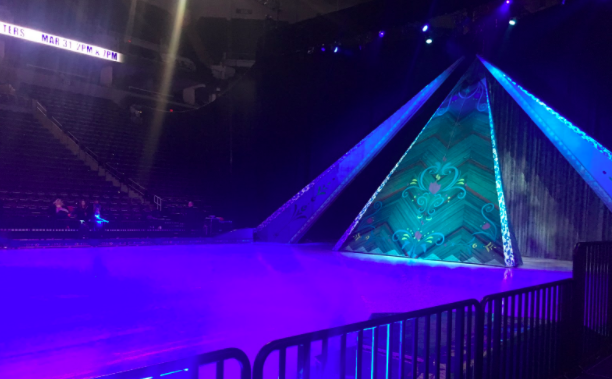 Frozen on Ice had performance from February 28 to March 4.

As a sixteen-year-old attending a performance targeted for toddlers, I was not expecting Disney on Ice presents Frozen to be as magical of an experience as it was. On Wednesday, February 28th at the Target Center, I was undoubtedly one of the oldest willing showgoers. While my age set me apart, I did not miss out on anything, from the music to the vibrant energy.

The show began with an extravagant performance by all of the most famous Disney characters, including all the princes and princesses as well as Mickey Mouse and his companions. This unexpected surprise served as a wonderful introduction to the main production.

Since the actors lip synced an abridged version of the movie, the show featured amazing skating routines. Elsa’s lyrical number, “Let it Go,” was accompanied by a smoke machine to replicate Elsa’s magic, mesmerizing winter-themed lighting, and her countless flips and spins were mesmerizing to watch. Anna and Kristoff’s “Fixer Upper” featured twenty backup dancers costumed as the trolls who danced around Anna and Kristoff and engaged with the audience with relentless energy.

While the over exaggerated gestures that accompanied every phrase were a bit extravagant at times and the show was accompanied by Disney’s notorious overpriced paraphernalia, the inventive backdrops–such as an inflatable replica of Marshmallow and a self-driving sled that exploded–and colorful performances, unsurprisingly, left me with a welcomed feeling of nostalgia, and a giddiness that only Disney productions can evoke.