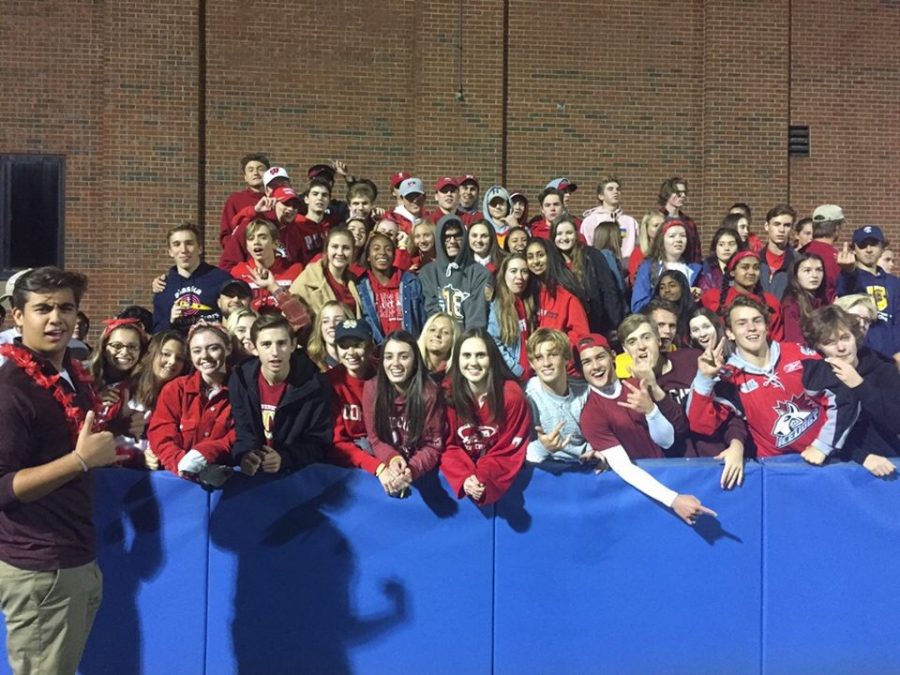 On September 14, students showed up to the first home football game of the SMB Wolfpack eager to enjoy the game and have fun cheering on their friends.

We were surprised on arrival, however, that the designated student section had been moved from the stadium seating to behind the endzone, under the scoreboard.

In an email shared with the student body, Nick Rathmann explained that the replacement, which will be in effect for the rest of the academic year, is to make room for the opposing fans during construction at the Blake middle school. The MSHSL mandates that guest fans have seating, and their usual seats at Aamoth are in the construction site.

As students adapt, the change has caused differing reactions. At this time, while I donít like the current arrangement, I understand its necessity as we rennovate.

The new seating doesnít allow you to feel as much a part of the game and also makes us feel separated from everyone else. When the play is on the far side of the field, we are so far away that it is very difficult to engage and support our peers.

Rathmann writes in his email that the new student section can be compared to college football student sections, also positioned behind the end zone. It is true that, when the play is in front of us right near the end zone, it can get exciting. However, the lack of consistent engagement with the game due to our position caused us to barely notice a touchdown right in front of us, as our focus had shifted to chanting.

I believe that even though there are spurts of very intense action very close to us, the usual student seating felt much more engaged.

While the adjustment has been less exciting so far, we also must understand that this current arrangement is our best option and we appreciate the work done by Rathmann and other administrators to make sure that we still even have a student section this season. As the fall continues, I’m sure that the student body will adapt and have a great time supporting our athletic teams.