Learning from the Outdoors 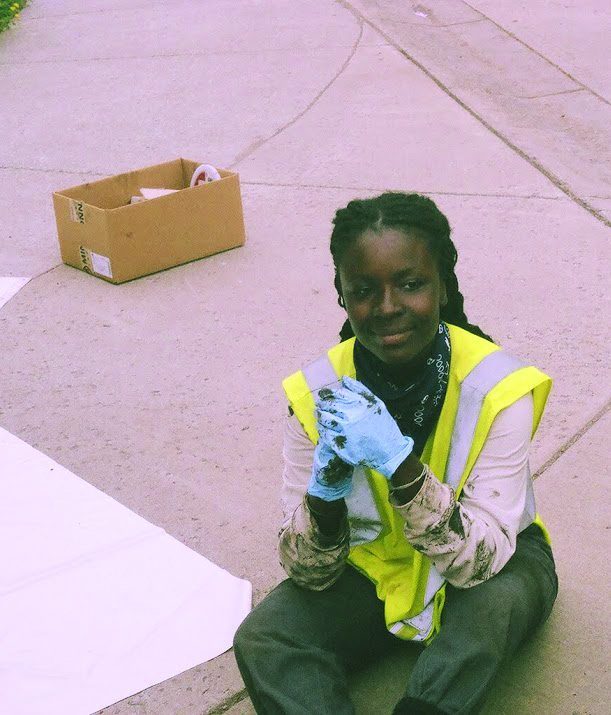 “Alright guys, I need all the bolts taken out of these picnic tables. It shouldn’t take you that long!”

I looked up at the source of this strange suggestion, our project sponsor at Afton State Park, Gene. I couldn’t help but think that this project would never get done with our handsaws,

The Conservation Corps of Minnesota and Iowa (CCMI) is a government-funded organization that helps promote natural resource conservation among both youth and adults. It started in the 1930’s to help get young men off the streets and into the environment around them.

Through the summer program “Girls Inc, Eureka!”, I embarked on my journey to CCMI, and worked there for a month. The first week was spent doing an orientation, trail work, and clearing bush. During the second week, we pulled invasive spevies, built picnic tables, and did brush work. In the third week, we did more trail work and cleared a field to remove some species that had migrated up along the St. Croix river. In our last week, we painted signs and cleaned up picnic shelters in Jay Cooke State Park.

Two and a half hours of misery and banging bolts with socket wrenches later, Gene finally brought over some power tools that made the job go from 2½ hours to 30 minutes. Somewhere along the way, though, we managed to get an old radio tuned to the only station it could, 89.3 The Current, and easy conversation flowed over mindless chatter and Bright Eyes playing in the background. We all bonded over our shared hatred for rusty bolts (which inspired our crew name) and in that moment of struggle, we found unique strengths which helped aid the situation we were in and make it a bit more bearable, and a bit less “2007 Britney Spears”.

Conservation Corps taught me more about myself than I ever thought I could know. Being from Minneapolis, I never really had an opportunity to delve into the outdoors, but CCMI gave me that and more. I learned how important it is to conserve water and other resources, and that not all the extra embellishments we own are necessary. I survived without my phone, television, hot showers and social media, because of the company of others and the beautiful scenery at every corner. Things may go wrong, namely when my tent flooded because of a freak rainstorm, and things may go right, like when my crew and I went on a one mile hike starting at the Afton Alps. Throughout all the smores, late night ghost stories of the cabins, Walmart trips, lake water bathing adventures, and hikes, I found out that my CCMI experience became more than just a summer job, and my co-workers became my family.

We were set in a beautiful and secluded natural environment, filled with positive crew leaders and staff members. I learned the values of community, family in the most unlikely places, and selflessness and the importance of having a group of people who you can rely on without the added impact of social media, gossip, and non authentic friends. All in all though, I realized that it’s completely worth it to be thrust in an unknown environment where you don’t know a single person. CCMI was a wonderful experience, and I recommend it to anyone that looks to submerge themselves in a summer job in a natural setting.