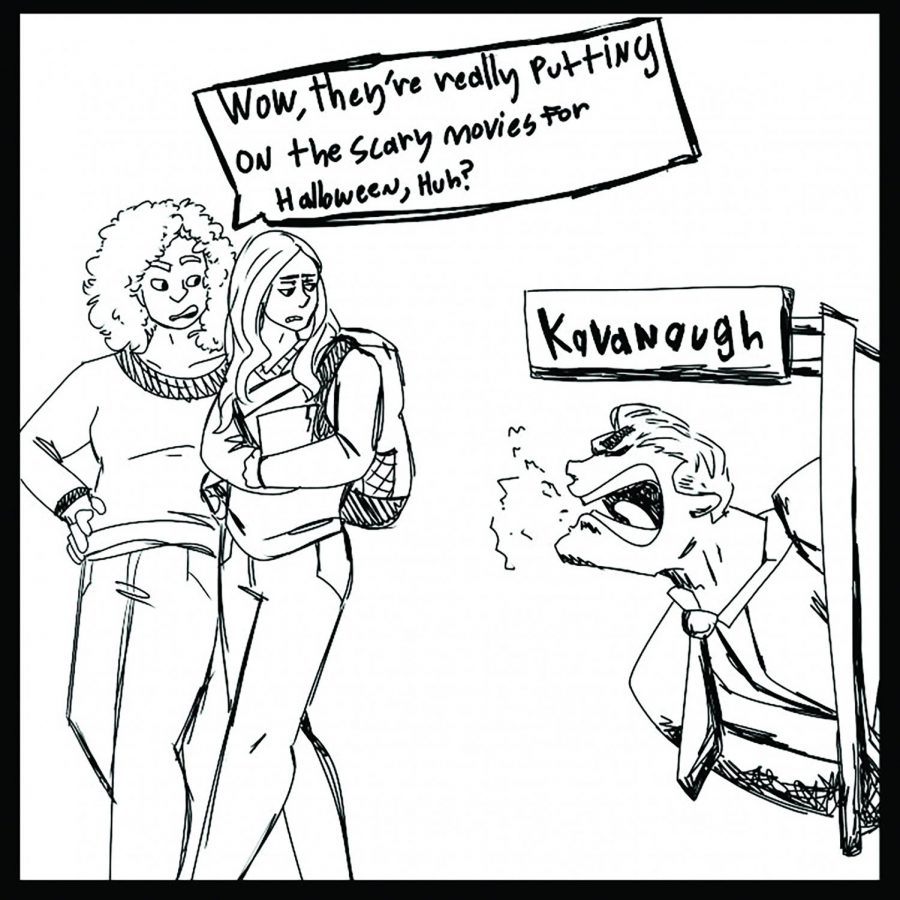 When Dr. Christine Blasey Ford, a research psychologist in Northern California,  accused Supreme Court nominee Brett Kavanaugh of sexually assaulting her in high school, his likely approval became uncertain. The accusation came in the middle of a tumultuous shift in American society, where sexual assault victims found community and the audience of a receptive, outraged world, thanks to the #MeToo movement. After the hearing, in which Ford testified with courage and decorum, and a tense FBI investigation, Kavanaugh was confirmed to the Supreme Court on October 6, 2018.

Today, Ford cannot live in her home due to threats she continually receives. Meanwhile, Kavanaugh will serve as a justice on the highest court in America for the rest of his life. This undeniable irony, unfortunately, presents the reality that despite the #MeToo movement, rape culture continues to thrive in American schools and society.

Rape culture is the idea that society simultaneously cultivates and excuses sexual assaulters and rapists. These norms result in victims, most commonly women, feeling suffocated and silenced out of fear that their stories will not be believed, or valued. According to RAINN, the Rape, Abuse, and Incest National Network, an American is sexually assaulted every 98 seconds, yet nearly 2/3 of assaults are never reported.

The alleged assault occurred in high school, at a small get-together with alcohol present. For many, this is not an unfamiliar narrative. In the high pressure environment of a school, the “bro culture,”or the brotherhood of the “ideal American man” thrives. Stereotypically, this includes football, fraternities and partying; this behavior is then excused by society through a “boys will be boys” mindset. Incredibly dangerous, toxic masculinity distills to the need of control, as well as the desire to assert dominance, leading to the RAINN estimation that one in nine girls will be sexually assaulted by the time she is 18. This toxicity creates additional pressure for  male sexual assault victims to  stay silent about their assault, and reinforce the norm.

In the hyper-pressurized American education system, it is unrealistic that the reality of high school drinking will change; bro culture, and rape culture can and need to change, and Blake is not immune. Numerous events, from the symposium on toxic masculinity last year to the Sadiesí lawsuit, prove the presence of bro and rape culture.

Accountability and respect must become the norm. From casual lounge conversations, to nearly gender-segregated seating in the lunchroom, awareness of norms is the first step that can be taken in order to halt the perpetuation of rape culture and the crimes of sexual harassment, sexual assault, and rape, at Blake and in the world at large.

Ford does not deserve to receive death threats for the rest of her life. She is the alleged victim of a crime, and it is one that all of society is at fault for.  Society needs to change, and that start in the incubation chambers of the world: schools.