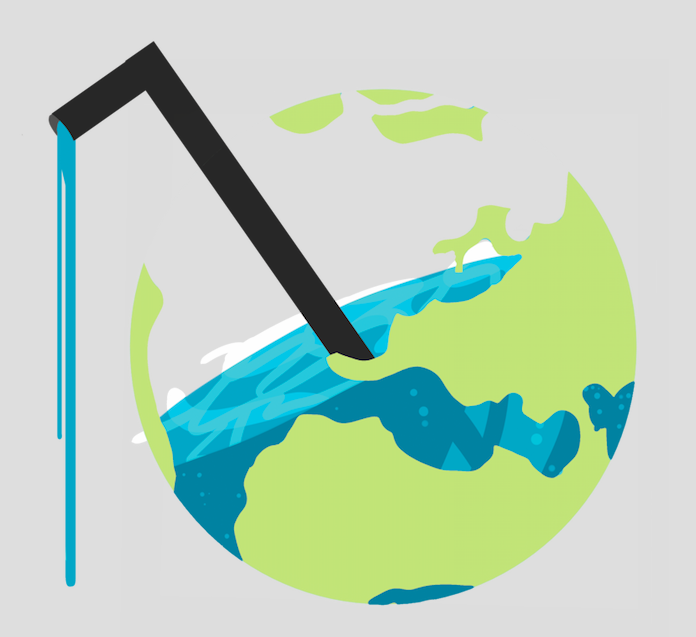 On Monday, October 8, the United Nations Intergovernmental Panel on Climate Change (IPCC) warned that the world has twelve years to drastically change its environmental impact before an almost irreversible climate change catastrophe.

While the Paris Agreement from 2016 pledged to keep global temperatures between 1.5C and 2C worldwide, the IPCC now warns that exceeding 1.5C could have devastating effects on the earth’s climate.

While this 0.5 degree seems minuscule, staying below 1.5C would significantly reduce the threat of food scarcity, climate-change-induced poverty, and extreme weather such as hurricanes, wildfires, and fluctuating temperatures. In order to prevent this increase in temperatures, the IPCC now says that carbon emissions need to be cut down 45% by 2030.

However, countries are not required to listen to the UN, seen by the United Statesí 2017 withdrawal from the Paris climate pact. Under the Trump administration, the United States environmental policy has prioritized businesses over the planet by not pushing any legislation on the topic.

The IPCC report states that, as of right now, the world is on track to see a 3C increase in global temperature. Lindsay Kaback ’19 says “I don’t think these issues should be political ones, they are just an everyone issue. It’s really troubling to hear that itís become such a politically dividing subject. When people in our government don’t believe in that, we are just taking huge steps back.”

Currently, just 100 global countries are responsible for 71% of the world’s carbon emissions, most of them being major coal and oil corporations.

In response to the increasing rate of climate decay, other global companies, such as Starbucks, have taken initiative and are actively working to reduce their greenhouse effect.

In July 2018, Starbucks announced that by 2030, they will eliminate plastic straws from all of their 28,000 stores. The plastic straws, which are the 11th most found plastic trash in the ocean, lead to the deaths of around 1 million seabirds and 100,000 marine animals per year.

Beyond the effects on wildlife, plastics are made from fossil fuels which release toxic emissions when harvested. Plastic is not biodegradable, meaning that one plastic straw takes 200 years to decompose; however, even then, it will never fully break down and be reused by the environment.

Starbucksí commitment to replacing plastic straws with recyclable lids and compostable straws will hopefully eliminate more than 1 billion plastic straws per year. Starbucks is the largest retail operation to make this commitment on a global scale.

Mathew Krelitz ’20 says “I’m glad theyíre doing something because Starbucks is an enormous company and they’re bringing light to the fact that this is a problem.” However, Kaback warns that “there obviously needs to be so much more done. It’s going to be too late soon.”

The climate will be in for a bad turn of events if others don’t act like Starbucks. Starbucks is starting this conversation by taking its first step in the right direction.