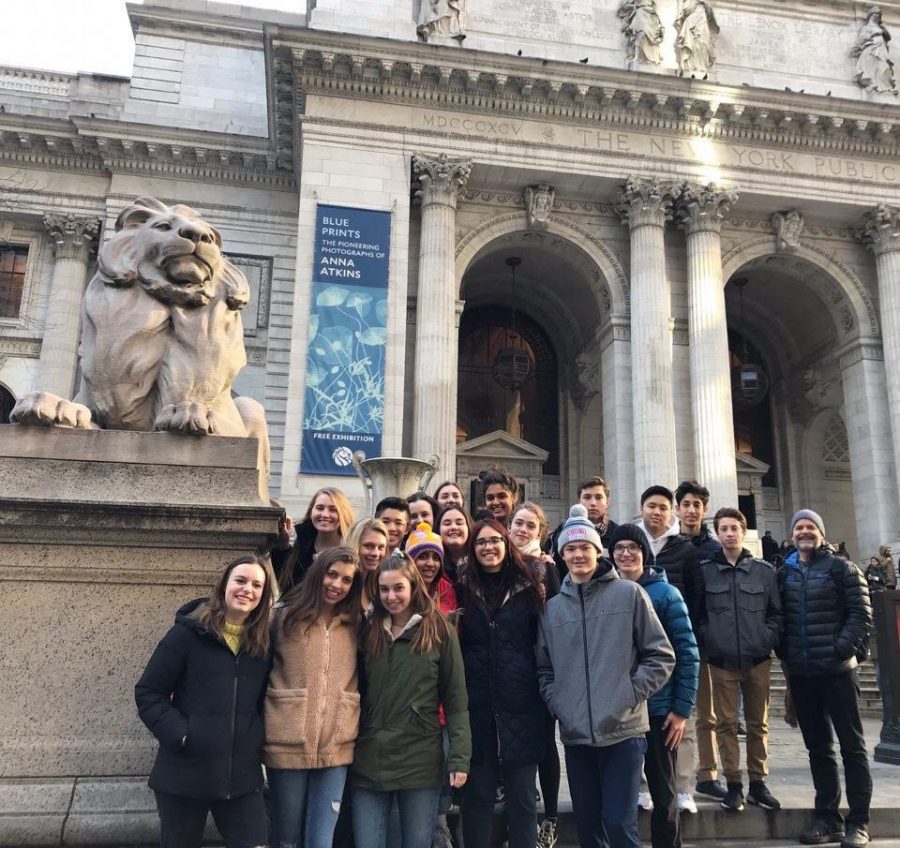 As well as debating, Model UN had the chance to tour New York City such as the New York Library.

The Model United Nations club has had an exciting start to 2019. From January 30 to February 2, 22 students and chaperones went to New York to participate in a United Nations simulation with more than a thousand other students from all over the world.

On the first day, the group had the opportunity to hear a speech the Secretary-General of the United Nations, António Guterres, and spent the following few days in small committees where participants debated resolutions in a similar way that the real United Nations does. On Sunday, the group visited various museums and tourist attractions around New York before returning. Allen Cao ‘20, who was on the trip, said: “It was a great experience overall and taught me how to work with others who had differing opinions.

Two weeks later, from February 14 to 16, 24 students and chaperones flew to Washington, D. C. They flew out of Minneapolis on the morning of Thursday the fourteenth. That night, they heard a speech from Dr. Josephine Olsen, the director of the Peace Corps. They then had a few days of committee sessions, like the New York program, before the end of the weekend. They also had some free time to tour Washington and some visited Georgetown University, a school known for its international relations and Model U.N. programs.