Poppy Harlow Gives a “Voice to the Voiceless” 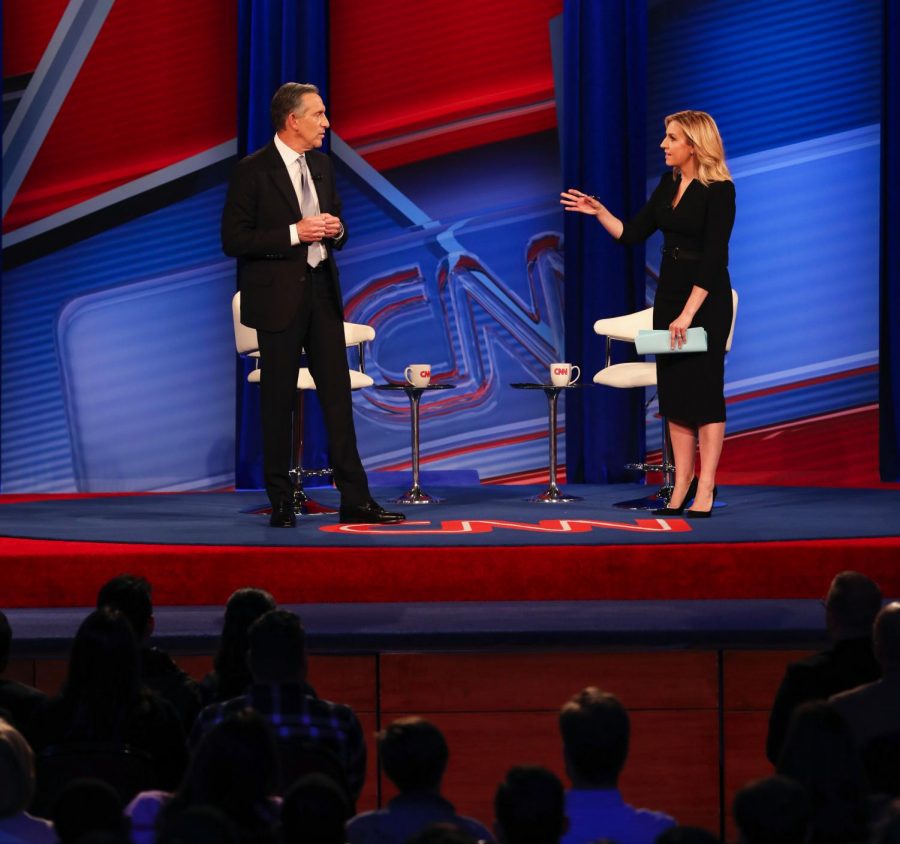 When Poppy Harlow ‘01 was asked to conduct an interview with Justice Ruth Bader Ginsburg the same week that her son was born, she was unsure whether she could realistically do it. But there she was, sitting with a Supreme Court Justice while wearing an adult pregnancy diaper. Harlow’s experiences have helped to shape her resilience and unrelenting desire to tell other people’s stories, and her own life journey has a lot of valuable lessons that Blake students can learn from as well.

Harlow is a CNN news anchor on her daily morning show as well as the host of the podcast “Boss Files with Poppy Harlow.” She learned at the age of 15, when her father passed away, that “time is the most valuable thing you have.” To this day, she continues to ask herself and urges others to ask, “Are you doing something just to go somewhere, to be seen… to check something off the list or to really connect with someone?”

Through her reporting, she aims to build connection with her audience and help them to find empathy. Prior to interviewing Michigan governor Rick Snyder during the Flint water crisis, she asked mothers in the area, some whose children would have lifelong disabilities, what they would want to know from the governor. “That’s my job, to be a voice and a platform for the voiceless,” she explains. Her own two children have given her a deeper sense of empathy. When covering stories, Harlow asks herself, “What if that were my child?”

Harlow volunteers at the Madison Square Boys and Girls Club because she believes in giving back to her community. She wants to help provide opportunities “for remarkable children who just haven’t been born [in] the same zip code as I was.” Harlow feels that everyone has a responsibility to

help those who have less and to be a part of creating a more just world.

In the midst of Harlow’s success, she is still working on finding a balance in her own life. She reveals, “I have truly had some really reckoning moments crying in my office alone and just feeling like I can’t do it anymore, I cannot do it all. I’m so tired… and yet here I am so privileged. I have childcare, I have a great husband who is truly an equal parent and partner, and I still am struggling.” Nonetheless, everything Harlow does comes down to being there for her children. She shared a recent example of negotiating with her producer and agreeing to travel for a story she was covering as long as she could be home in time to tuck her children into bed.

Harlow is grateful for her experiences at Blake, and she credits the school for nurturing her perseverance and work ethic. She states, “I was never the smartest in the class, but I would work really hard…” She continues, “Giving back to the community, volunteering… our senior projects for example. All of that Blake instilled in me.”

not going to make you happy… And so for me, the fact that that door to law school didn’t open was the greatest gift.”

For young women specifically, she says, “raise your hands, speak up, sit at the table, don’t sit on the sidelines, find a champion, find a mentor. It doesn’t have to be another woman. There are a lot of great men that can be our champion along the way.” Moreover, she believes that women in turn should help raise people up

and that there is more than enough room in the world for success.

Harlow is steadfast in her commitment to serving others, and there is much that Blake students can learn from her example, “I think the most important value to me is compassion. That’s what I hope I can do through the stories we tell and the way we do our work… In terms of my goals, I hope at the end of the road, whenever that is professionally, I’ll be able to say I told stories that mattered and made people’s lives a little bit better.”