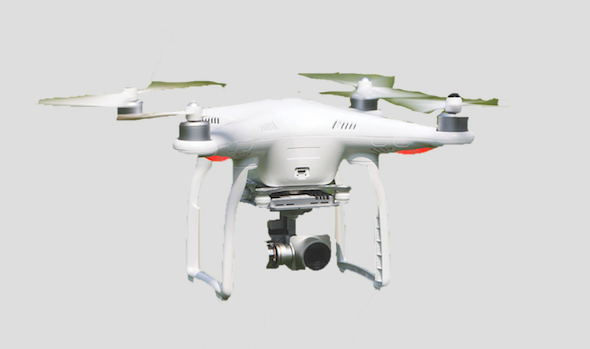 World War One produced technology that has increased international tensions over 100 years later. In WWI, the United States began developing technology that allowed them to operate crewless aerial vehicles. This was a revolutionary idea, and as has time passed, that idea has evolved. UAVs (Unmanned aerial vehicles), began with aerial torpedoes and have since transitioned to include a variety of different vehicles.

Many drone lovers use drones to record their surrounding environment in the air, but many do not consider the harm that drones bring to international relations. Over the past few decades, drones have gotten increasingly precise and technologically capable of causing pinpoint destruction. Starting in 2002, the CIA began using drones to kill targets in Afghanistan.

The typical ìdrone experienceî is using a recreational drone that can be controlled with a remote control or with a phone. The government has recently developed drones that fly to heights of 10,000 feet, shoot bullets at face-identified targets, and unleash a wall of fire similar to a flamethrower. These drones are capable of destruction at any point, and they are dangerous for several reasons.

First of all, drones increase international tensions because they are not able to be tracked. There is a difference from a person in uniform attacking an unidentified drone flying through the air at high speed and flying off before anyone can tell what happened. This issue is a severe threat to international peace because any country or group can use drones undetected.

Furthermore, in recent years, drones have been banned for recreational use near airports or at heights above 400 feet. These rules were put in place because drones can get caught in plane engines or hit the planes themselves, putting the safety of those inside the aircraft in jeopardy. Whether or not they are being used for military usage or just for fun, drones present a threat to other living and non-living beings in the sky.

It is unknown whether or not drones will be banned or will continue to be produced. One thing that can be certain is that military technology will continue to improve. Soon, there will be objects that will carry out the same results as a drone, but smaller and not as noticeable. This presents, even more, privacy and safety issues to the international community. It is a conversation to be had among foreign nations if these unidentified head-sized objects capable of causing destruction should be allowed to fly freely.