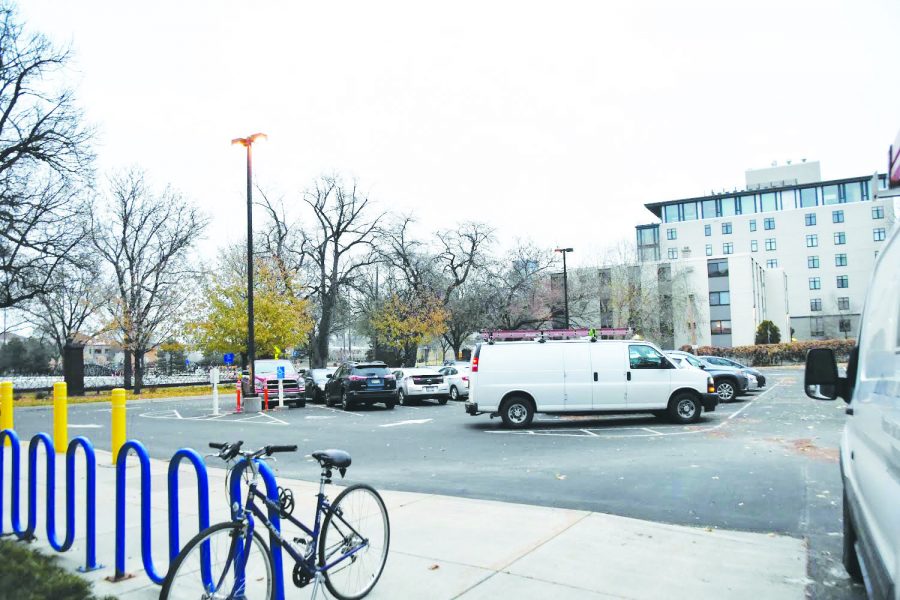 After the hopeful November opening of the re-finished Parade parking lot, the math wing door will remain closed for safety reasons to students leaving and entering the building, with exceptions being made in cases of inclement weather. Additionally,  The Kenwood door  has been closed to students during the day.

Since the 2018 closure of the math wing door, students have had to walk out of the front and science wing doors when leaving the building. The math wing door is the closest to the primary student parking lot, which has been closed to students for reconstruction since the beginning of the school year.

The Minneapolis Parks and Recreation Board, who owns and tends to the Parade lot, details these changes on their website. Renovations include the removal of the gate house, the addition of more accessible parking stalls, a decrease in the actual overall number of parking spots from 210 to 186 as a result, and the creation of a storm water basin for excess water runoff to manage the infamous “Blake lake.”

During the renovations, students have been parking their cars in the back of the Parade Ice Arena parking lots, while additional carpool spaces have been made available by the security team in the East parking lot.

Lead Security Officer Brandon Krona explains, “We will open it up in the early spring after the last snowfall and redistribute, most likely with less cars than we have now. In the winter in the West lot it’s a pain with staff parking, events and pickup, so we are going to try to limit the amount of cars we have in the West lot.”

In addition to these changes, the security team will resume its policy of allowing students to leave out of the math wing door in cases of inclement weather which security officer Craig Rawls defines to mean “Snow, thunderstorms, tornados…in cases of bad weather, it would be open.”

Student access to the Kenwood door has also been recently restricted as a consequence for rule breaking. “The rules are, students are supposed to be in the building until school ends at 3:00. Kids are sneaking out the door before then, or they are sneaking out during lunch. We’ve had a lot of underclassmen sneak out of those doors and come back, and that’s why we have shut down those doors for student access from here on out, because of students breaking the rules,” explains Krona. He continues, “Our main goal, in the future, is to have one main entrance, which will hopefully be the West entrance, so the Kenwood door may not be open to students in the future. That’s not set in stone, we are talking it over with the administration.”

Before school starts and after school ends, students are able to enter and leave from the Kenwood door

Krona defends the closures, saying  “We live in a different age. As you can see with the last shooting in California, there is a different mindset in the world that we live in today. The kids’ safety is our number one concern. Sometimes taking away some of their so-called freedoms will protect them in the long run.”