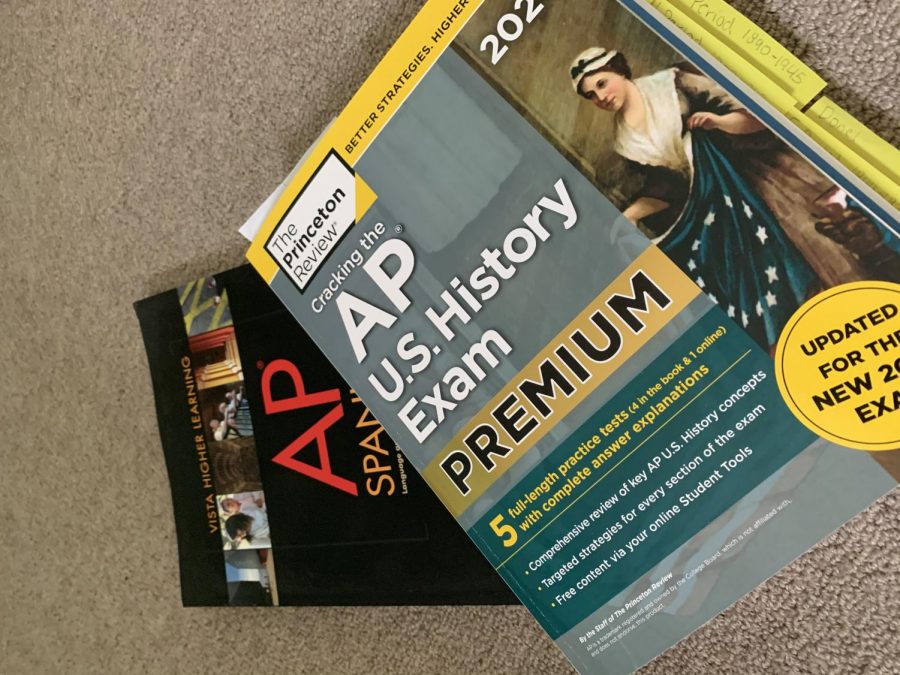 Many students are uncertain about what to expect with this year’s new changes to the AP exams; however, the resources provided by Blake teachers and The College Board have made the transition easier.

Andrew Chang ‘21 states that this year he is taking a different approach to preparing for the exam, as he is compiling his notes and separating them based on topics in anticipation of the open note format. Casey Stocking ‘20 notes, “It’s a lot less pressure in one way because they can’t put as much on the test as they normally would, but also, since it’s only two questions, if you mess up it has probably a larger effect on your score.” Chang agrees, noting that the shorter tests are “limiting.” Speaking to the lower stakes many seniors feel, Stocking adds, “I think my situation might be a little different because I know what my college accepts as far as AP scores,” as well as which tests they will take.

Teacher David Graham responds, “probably not,” when asked whether or not he believes students can demonstrate a year’s worth of knowledge in the shortened tests. He notes that exams this year include an even “narrower” representation of a student’s knowledge of course material. Graham adds, “My bias is that Blake students do a lot of writing… That’s what I was told as a student when I came out of Blake… You learn to write because there’s time to practice, whereas if I had 36 kids in a class, that would be hard to do essays for four or five classes which would be my load at a public school.”

Alana Foster-Smith ‘22 also referenced the significant disparities between students based on their living situation and socioeconomic status. She states, “overall, I really think that these exams [give an advantage to] higher income families because if you’re at home and have to take care of five siblings, how are you going to find a place to take your AP exams?”

“Without having finals at Blake, a lot of classes are moving towards projects… which is really not helpful,” Chang states, fearing the Blake workload during AP exam weeks. On the other hand, Daria Haner ‘22 adds, “I can devote my weekends almost entirely to AP studying and finish my homework whenever it’s assigned,” especially given the additional Friday work day.

“In many ways, it’s just an unknown. It’s less so on the material and more on the format being just a big question mark,” Stocking explains. She continues, “I feel like teachers have been really accommodating and knowing that we’re all kind of confused on what the APs are going to be like.”

Chang explains, “While studying for the AP exam last year, I would study with a study group… [this year] we don’t have the opportunity to go out and meet in person.” Chang adds that he feels less driven to study this year because there is no group to help motivate him. Chang adds an insightful tip for all: “while it’s important to study a lot, it’s also important to be off your screen as much as possible… [try] to maybe move places, take study breaks, [or go] outside while social distancing.”