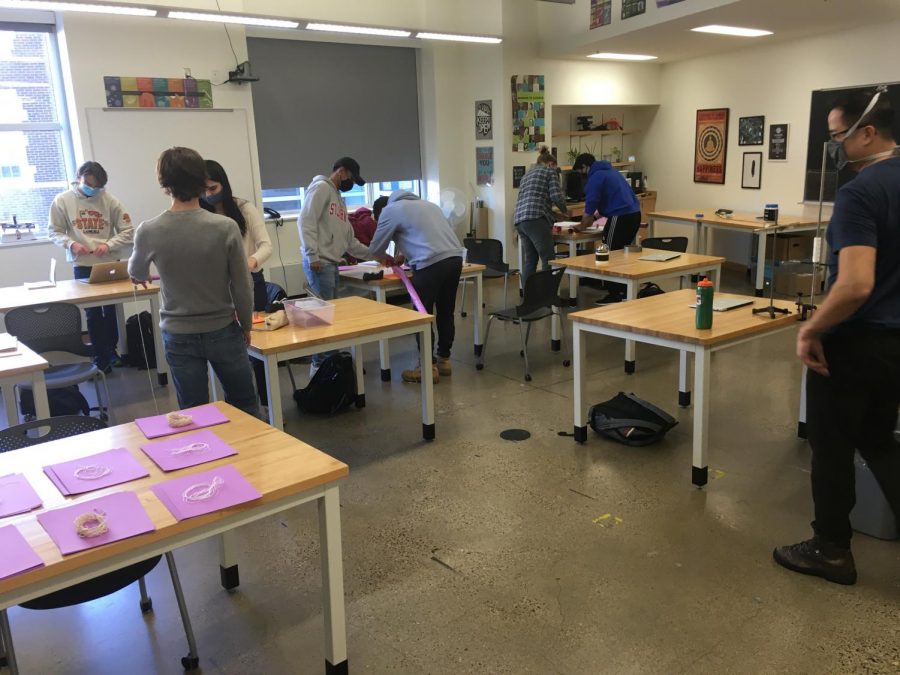 While most of the school day is spent in class, Savita Champlin ‘22 says, “I have grown apart from my friends in blue group”

As we shift back to hybrid learning, approximately 75 students have had to make the switch to another color group. This change in groups initially seemed to be upsetting to many of those who had to make the transition. Getting adjusted to a new space is intimidating and difficult especially in the middle of the year.

Leon Xue ’22, who is making the transition from green group to blue said, “Initially I was really frustrated because to me it was like I have to go through a whole first day of school again.” The first day of school is stressful because it is difficult to get acclimated to a new environment with new people.

Friendships were a concern for Savita Champlin ’22, who initially was told she had to switch groups, only to switch back to her original group. “I don’t want to have to go through the process of finding my place in a different group,î Champlin says.

The initial division between colors, split many friend groups in half, requiring students to find new people in their color group. Although making new relationships seems intimidating, the combination of color groups over Zoom in the remote weeks will help students adjust to their new peers. Xue says, “We have seen the other groups so it is not like they are total strangers.” Because students are able to interact with each other across color groups during this remote time, it will be easier for them to adjust to the in-person class setting because the space is not entirely new.

In many cases, the switch is necessary in order to make the schedule work, but in Champlin’s case, she later discovered that there was no real reason for her switch and after some communication, she was able to switch back. When asked if there was anything that could have been done differently, Champlin responded, “I wish they would have given a reason for why they switched me.”

Having clarity and communication in this difficult situation would allow for students to better understand why they have to switch.