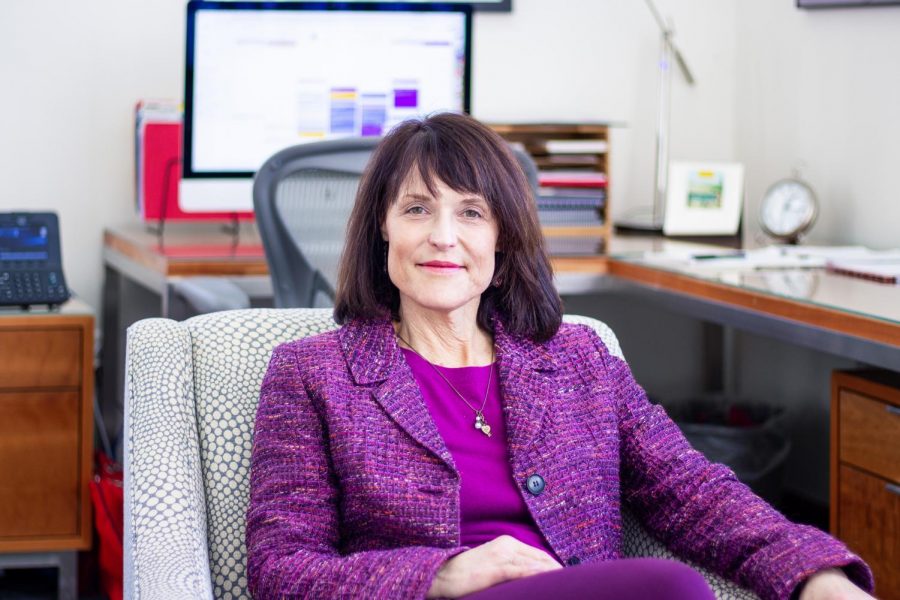 Anne Stavney says, “My salary is benchmarked against other independent schools of similar size, similar operational budgets, that are also Pre-K-12 or K-12, of 50 or more students, with usually more than one campus to manage.”

On Jan. 23 The Star Tribune released an article highlighting the top 100 Minnesota non-profits with the largest revenues. On this list, The Blake School was ranked 80th with $51.4M in revenue alongside Head of School Anne Stavney, who is compensated with 2.13% of these expenses, totaling a $1.1M salary.

Students who read the article were taken aback by these numbers as the article illustrates that the school as a whole experienced a 13% decrease in revenue from the previous year while Stavney’s salary increased 69% since then. Nikki Stabno ’21 says, “My first reaction to the article was definitely disappointment. It was surprising to see that there was such an increase in [her] salary during the year of a pandemic. I have a lot of questions about how and why it happened. As a senior, this information has changed the way I look at the school going forward, post-graduation.” Spectrum reached out to Stavney to try and better understand what these numbers really mean.

As of Feb. 6, the Star Tribune has corrected these numbers saying that since 2018, the school saw a 2% increase in revenue, Stavney’s salary grew by 13%, and her new compensation is $642.5k. The original 13% decrease in funds and mere 2% increase in the corrected version can be attributed to a decline in auxiliary funds during the pandemic. Stavney explains this saying, “We had a major drop in auxiliary revenue. Things we do on the side of running the school, like renting the arenas and the pool and the fields, we couldn’t do that during COVID. And [during] our summer at Blake program, we usually have six weeks of full programming [with] 1500 kids, and we couldn’t do that… Also our employee childcare program, the Cubhouse, was also shut down so all these extra revenue generators [were] shut down due to COVID.”

Stavney will receive the compensation as long she remains at Blake and completes the goals given to her four or five years ago. Examples of these goals include fundraising, filling admissions slots, ensuring new buildings are built on budget and on time, moving our sports teams from A to AA, or curricular changes like the new computer science program at the Middle School.

The original numbers from the Star Tribune were taken from the Tax Form 990 filed by Blake, but those numbers are misleading because, at that time, she had received the full deferred compensation she had earned over the past five years. Students like Stabno were right to be confused by the article’s data, but the context given by Stavney helps to alleviate these misconceptions.

Stavney is the first woman Head of School at Blake, and although her salary and deferred compensation are substantial, her responsibilities as Head of School are comparative to her earnings. Stavney shares, “I think it is very much like running a 42 million dollar [annual] business with 355 employees. It’s a major job. It is not being a [school] principal, on average it’s a 70 hour a week job. There is a lack of understanding about the complexities [of the job].”