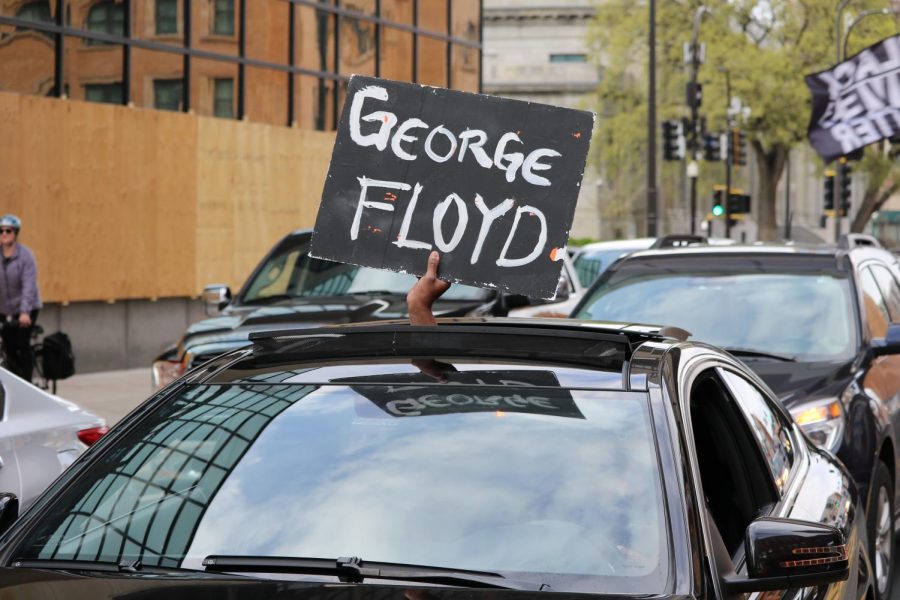 Annabella Rozin ‘24 shares, “There was a huge sense of relief that I felt when the verdict was announced, because Chauvin had to be held accountable for his actions but also because Minneapolis would have felt the repercussions of the verdict more than anywhere else in the US. It was the best decision the jury could have made in terms of equality but also for safety.”

Eleven months after George Floyd was killed in the custody of police, Derek Chauvin, the former officer who pushed his knee into Floyd’s neck for over nine minutes, went on trial. Chauvin was charged with second and third-degree murder and second-degree manslaughter and will face a minimum of 10 years in prison. In the days leading up to the verdict, many people expressed apprehension and fear about the trial. Social Studies teacher, David Graham organized an Equity Lab earlier in the year for students to process their feelings about the trial. He says, “It’s probably nothing that unique, I feel anxious, hopeful, but will the system work? And if it doesn’t, it makes me nervous about the future.”

Spencer Okoronkwo ‘22 states, “It’s kind of hard for me to watch and I’ve been trying to watch as much as I can just to get as much information that I can, but I know that it’s a very emotional time, especially for Black people, because we’ve seen it happen over and over again with white officers not taking accountability for their actions.”

Upper School Director, Joe Ruggiero spoke about how Blake is trying to help students during these uncertain times. He mentioned, “What [Blake] has been trying to do is offer a number of different opportunities for people to learn about what’s going on, to talk about what’s going on, and to have a space to be able to process their own emotions and feelings related to [the trial]. And so there have been Equity Labs, the deans have reached out to grade conferences to say, ‘here are some spaces that are available if you want to talk to somebody’…”

However, even after hearing the news of Chauvin’s conviction, students still feel that there is still more to be done. Okoronkwo explained, “I think we still need to have these difficult conversations. I feel like a lot of people might not be satisfied about what happened… I would say that right now, I’m just trying to have these difficult conversations with people and just try to spread more awareness because I think it starts with acknowledging the issue first and then you have to do something about it.”