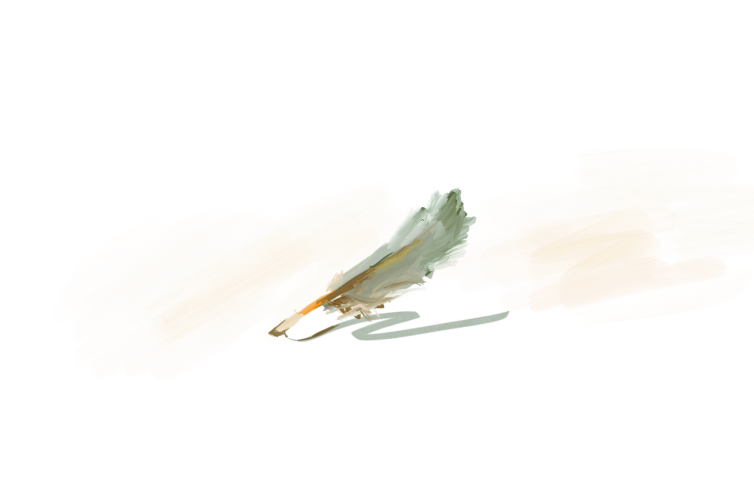 Cursive: A Storied Past and a Complicated Future

The history behind cursive begins in ancient Greece and Rome, where early versions of it were most likely used to hasten writing and prevent damage to the writing tool. During these times a quill and ink was used to write, creating two difficulties when it came to writing: the ink would dry out fast, and the quill was easy to break. By keeping the quill on the page longer, the ink on the tip wouldn’t dry out as fast, and the quill was less susceptible to breakage as the writer could better manage the pressure placed on it while writing. Cursive has been present in the English language since before the 11th century, however, it wasn’t until the 17th and 18th centuries that cursive became standardized as Edward Cocker introduced the French ronde style followed by John Ayers and William Banson’s round hand style. These styles were very flamboyant and in order to improve efficiency clerks in the 18th and 19th century simplified them down to a style called fair hand, which is quite similar to cursive today. The development of cursive remained relatively stagnant until the 1960s when some pushed to write cursive in italics to aid learning, but the movement largely fell through. The downfall of cursive has occurred quite quickly relative to the length of its total existence. The first step in cursive’s decline was the invention of the ballpoint pen in 1888. The pen used quick drying ink, preventing smears and reducing the need for careful penmanship. After WWII, ballpoint pens were mass produced, expediting cursive’s decline. This already rapid decline was made even worse once computers and other technologies were introduced to the market, reducing the need for writing as a whole, but especially a style as intricate as cursive. Today the debate around whether cursive is useful still lives on. To some, advanced technology has removed the need for cursive, but many still argue that cursive is a useful tool to expedite and enhance writing.

The Cons of Cursive

Cursive’s relevance has shrunk significantly over the last several decades, which is a trend that I believe should be embraced and not resisted. In my mind, cursive writing is the handwritten equivalent of the typewriter: An outdated system that has widely been replaced with a newer, more efficient, and more practical successor. I’m all for the recognition of traditional practices — such as cursive — in a historical context, but the notion that cursive needs to be taught in addition to modern print is redundant, and the idea that cursive should be revived and taught instead of print writing is simply absurd. We aren’t taught to use a rotary phone, so why are we taught to use cursive?

I can recall a small cursive unit near the end of my third grade year at the Blake lower school that spanned a few weeks, but outside of this unit I had no other instruction on how to write or read cursive. I was taught cursive letters and practiced writing and reading them, but not to the extent that I retained a long-term ability to read or write fluidly in cursive. I can passably accomplish both tasks, but have certainly not mastered either. I believe this short exposure to cursive was more than enough knowledge an elementary school student needs to be successful in school. I can certainly say that I do not encounter cursive commonly in my day to day life outside of school, and the only times I can recall being required to use it were all in a school setting. Children are taught cursive so they can use it in the classroom, and cursive is used in the classroom because children are taught to employ it. This is circular logic. A writing form taught in school that is no longer used outside of school is clearly an antiquated and vestigial technique.

These views on cursive are shared amongst the student body. “Cursive is outdated. It’s unnecessary because of the technological advancements we have today like printers and computers,” says Frida Illescas22, who learned cursive at the elementary charter school she attended. “I don’t see the point in using the limited time we have in classrooms to teach children to write in a certain way when they should be encouraged to express themselves in their writing style however they want.”

There are obviously situations in which familiarity with cursive would be beneficial (if not essential), such as reading original texts of historical documents, but these scenarios are few and far between. Of course, if a student is interested in cursive they should be able to learn it through instruction. Instead of requiring cursive instruction through, it should be offered as a separate class, much like those for foreign languages. After all, it certainly looks like one to many.

The Pros of Cursive

I am still drawn to the timeless art of a written card or message. Whether it be for a noteworthy occasion or simply a message of gratitude, there is something intangibly personable about a handwritten note.

I vividly recall learning how to write lowercase letters in first grade, graduating to uppercase in second grade, and then moving towards cursive writing in third grade. The skill of placing pen to paper and creating legible markings has been instilled in me since I was young. I feel significant gratitude for my penmanship mentors, as this skill will reep lifelong dividends.

According to a New York Times article written by occupational therapist Suzanne Baruch Asherson, “cursive is shown to improve brain development in the areas of thinking, language and working memory. Cursive handwriting stimulates brain synapses and synchronicity between the left and right hemispheres, something absent from printing and typing.” Not only do handwritten notes provide a thoughtful and considerate message but there is also scientific evidence to support the developmental importance of learning how to write cursive and proper penmanship. The artful qualities of cursive have tangible effects on cognitive development.

Furthermore, according to a Scholastic article presenting a study conducted by the University of Montreal, the process of visualizing letters and writing words on paper can lead to stronger spelling habits. This ability will enable children to be more confident writers and more effective communicators.

Although our society becomes ever more reliant upon virtual communication, I concur that the art of the written word and letters will remain. Stories, ideas, and emotion can be conveyed through written messages and passed along for generations, framing traditions and cultures. The gift of writing and penmanship is vital to this continuation of these stories and must be prioritized in schools.

Students rely upon their education systems to value one of the oldest forms of communication. Writing offers an oasis from the bombarding reality of electronic communication and presents an opportunity for the writer to interact with their emotions and ideas sans distraction. In doing so, we contribute to a legacy of thinkers and preservers of history. And, we simultaneously become less dependent on Siri’s auto corrections that alter and, in many situations, misconstrue our messages.