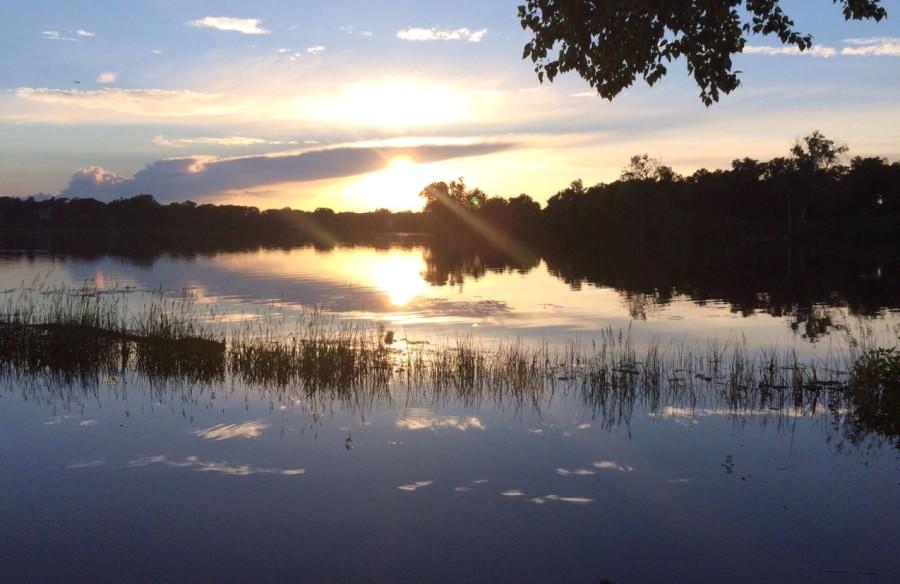 Lake of the Isles, located in Minneapolis, suffers from flooding due to irregular climate during the previous spring.

Science. It’s real, or it’s not. What is so abstract? When ethics leak into research, the clear lines of science become blurred and blotted.

Wei-Hock Soon was a successful man by most standards. A scientist at the Harvard-Smithsonian Center for Astrophysics, he has received the Petr Beckmann Award for ‘outstanding contributions to the defense of scientific truth’ from the group Doctors for Disaster Preparedness in 2004. In 2014, he received the ‘Courage in Defense of Science’ award from the George C. Marshall Institute.

His work has appeared in many publications, including the Chinese Science Bulletin, politicians and journalists alike have referenced his work, and he has even testified before Congress.

It is in Congress that he defended his most famous, and most controversial work, which attempts to disprove the widely recognized and generally accepted idea that humans are fully responsible for climate change.

In February, documents detailing the funding of his projects emerged as a result of the Freedom of Information Act. These documents revealed that in the past decade he has received $1.2 million from energy behemoths including Southern Company, the Charles G. Koch Charitable Foundation, Exxonmobil and the American Petroleum Institute.

His papers were conveniently absent of this information, deviating from the ethical code of organizations that publish his work.

These findings instantly set off a moral dilemma amongst activists and contrarians alike. Should corporations that stand to benefit from research be able to fund it themselves? Is Soon’s research now tainted? What is the effect of this on the movement to deny humanity’s carbon-filled footprint?

New York Times writers Justin Gillis and John Schwartz said the documents made them see that “many of his scientific papers as ‘deliverables’ that he completed in exchange for their money.” Rebutting the outcry of anger at the documents’ release, Soon commented, “If they choose to fund me, I’m happy to receive it… I would never be motivated by money for anything.”

Our school community has had mixed reactions to the reports. Climate change advocate Calvin Rusley ‘16 explains that “you can’t ad hominem attack scientists, but when everyone who is funded by the corporations finds that climate change . . . is not a big problem–and everyone else finds that it is a huge problem–then a conflict of interests comes up.”

Though such conflicts of interest arise for those conducting research and receiving funds, many others deny the threat posed by climate change either as a result of research or because of their personal beliefs.

Even among the vast majority of the population that accepts global warming, many believe the ramifications of climate change won’t be felt for many, many years. They instead feel that other issues (say, the economy) should take priority.

Says Zac Johnson ‘18, “[Taking steps to prevent climate change is] probably something that we could . . . wait on . . . If we were to start to try to cut back on emissions, it would really only affect the economy more than [it would] stop, or slow down, the global warming.”

Rusley attributes this divergence of opinions at Blake to long-held beliefs and education, saying, “studies have shown that the more education you receive, the more likely you are to polarize on either end of the spectrum [regarding climate change]. So at Blake, you are either concerned about it or you don’t give a s***, and nothing in the news is [going to] change that.”