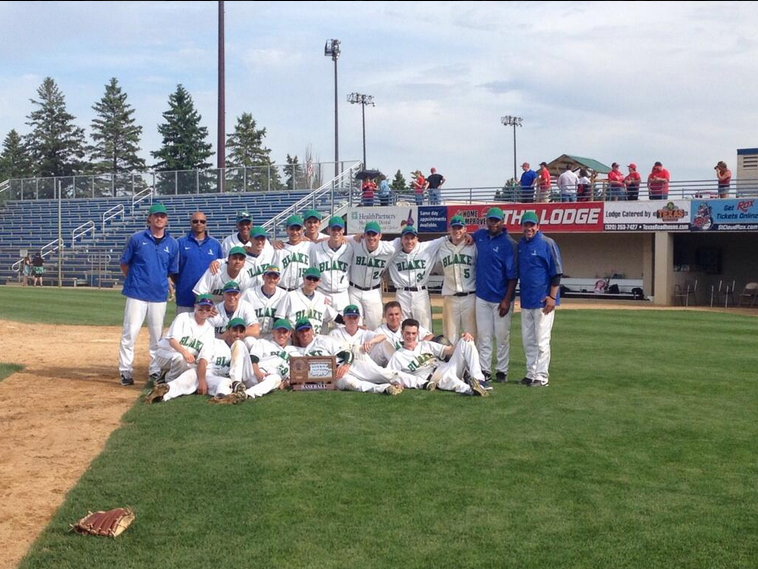 The baseball team is primed for unprecedented success

Last year was perhaps the beginning of a golden age for baseball. The Varsity team walked into the season ready to tackle to competition, and surpassed even the most far-fetched expectations by winning their Section and going to the State Tournament.

“I will never forget the dog pile that we had after beating Holy Angels and securing a spot in the State tourney,” says Charlie Levitt ‘15 of the celebration that erupted after winning the Section final.

Tyler Kossila ‘16, who has been on the team for three years, says they were “the underdogs the whole season.”

The Bears burst onto the State scene with a fantastic overall performance. Stuart Hesdorfer ‘15 exclaimed that “[being] an eleventh seed[ed team], that was pretty cool to do.” They lost the first game to the eventual champion, but swept the rest of the field to capture the consolation bracket and a 5th place finish.

This year’s team is made primarily of upperclassmen with plenty of experience. To the Bears’ fortune, only three seniors left the team last year, leaving the squad in a strong position entering the season.

This year’s seniors have risen to the occasion to lead the team. A few will to sign off from their high school careers and pick baseball back up in college where they have committed their talents. Among the team’s top players are college recruits Matthew Mitchell ‘15, who will play at Colby College in the fall, and Levitt, who will play for Swarthmore College.

Levitt excitedly looks forward to playing college ball, but accredits his Blake experience to preparing him for the rigorous lifestyle of a college student-athlete. “The Blake team has prepared me tremendously,” he says. “I have learned how to manage academics with athletics and how to balance them, which will be a useful skill playing baseball in college.”

With a strong team dynamic and a collection of standout players, the team has set high goals for itself. They shares a single mindset: to come out of this year’s Section playoff triumphant once again. From there, the team is set on winning the state title. Making it there won’t be easy, however. Says Levitt: “We know how grueling and tiring trying to make it out of our Section can be.”

The team won’t get there just through hard work, however; team bonding will be equally important. This spring break, they’ll be traveling to Florida for a training session while also stopping by the ESPN Wide World of Sports. They hope the unity formed on this trip lasts throughout the season. “We really like to keep it light and fun in the dugout,” explains Hesdorfer.

Though other teams pose a competitive challenge to the team, its power lies in its cooperative, single-minded function. Levitt that “there isn’t a guy on the team who cares about personal accolades. Each guy on the team has the understanding that we are here for one reason and that is to get our redemption in the State tournament.”

With months of sweat and struggle ahead, State is still a distant goal. But an experienced and determined crew has paved a path for Bears to travel to the Tourney.

Levitt explains that the team’s true power lies in that it is “a whole team of leaders, beyond just the captains.  We are just a group of guys who will do whatever it takes to achieve what we set out to achieve.”

This season they hope to realize a dream the baseball team has never accomplished before: winning a State championship.