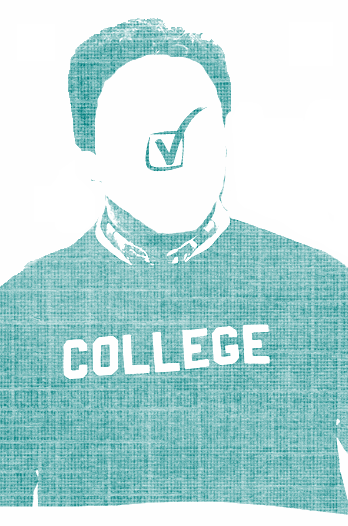 “Where are you going to college?” is a frequently asked question these days. Since the acceptance or rejection letters have finally arrived, we can now compare the results of this year’s acceptance rates with those of previous years.

Not only has the number of applicants in the U.S. increased, but colleges have globalized tremendously. Many colleges have come to the conclusion that their future success in education means they should reach beyond national borders, so they have made globalization a primary goal. By letting more kids overseas into their colleges, the competition for spots increases a great deal. College counselor Frank Sachs says, “[Colleges have] done a really good job of making [the admissions process] not only a national competition but an international competition.”

Though the applicant pool for U.S. colleges has grown, it is less widely considered that the number of applications the average student is sending out has grown with it. The Common App has made it almost as easy to apply to twelve schools as to apply to six. With more applications flooding in, colleges with a set number of spots at their school must turn more people away, helping their acceptance rates to go down year by year.

Sachs points out that kids often only focus on the elite universities that have an acceptance rate under ten percent. By minimizing a student’s college choice horizon, this mindset automatically makes it more difficult to get into every single one of the schools that the student applies to. Sachs instead recommends to keep a wide range of options open to the student because it is harder to get into multiple colleges when someone only applies to highly selective schools.

I definitely believe that everyone will end up where they are meant to end up.”

Blake has reacted to the increased difficulty of getting into schools these days by preparing students for the application process earlier and earlier.  There is currently a College Seminar class for sophomores at Blake that meets once a week during their free block. It is an introductory seminar-style class, helping sophomores begin to think about what they want to look for in a college. Nellie Ide ‘17 says, “They definitely emphasize that you don’t need to get into a big name college–which is good–and they bring up that there are many other options.” Ide and the College Seminar curriculum agree with Sachs on the fact that their are lots of options, yet big name schools get most recognized.

Adelaide Winton ‘15 provides her thoughts on the college process, saying, “I definitely believe that everyone will end up where they are meant to end up.” Adelaide also notes that for her the college process wasn’t as stressful as she thought it would be when she was going into it, so she encourages people to believe that they will end up in the right place even if it isn’t their first choice.