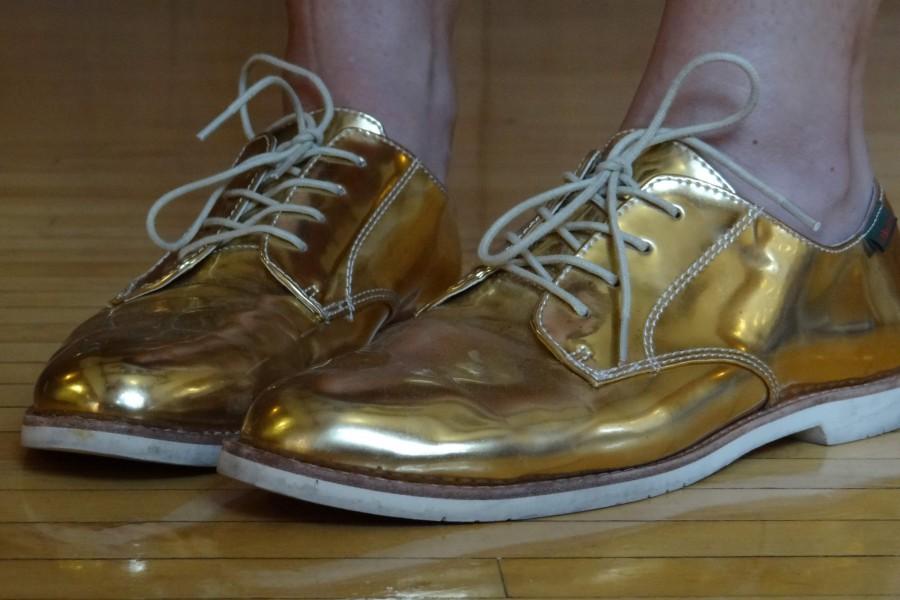 Do you ever wonder where your teacher got that shirt? Why they wear the same accessory every day? Or how they decide what to put on in the morning? We decided to interview some teachers that we thought had the most distinct styles to answer all of your burning questions.

Subconsciously, everybody’s choice in style go deeper than just picking out clean clothes that’s scattered across floor. We all have certain styles we prefer and specific brands that we like. For example, Kaaz Naqvi says, “a lot of his famous sweaters are from J-crew” and Ann-Marie White’s favorite brand is “Scottevest because all their clothes come with pockets.”

Are these teacher’s personal preferences and style reflecting their pasts?  Naqvi reflects how his family influences style choices. He explains he strives “to dress up as much as possible.”

Silvana Dessi-Olive expressed how her cultural background affects the way she dresses. Dessi-Olive says,“that’s why I wear a lot of black [be]cause in France we wear a lot of black.” However, she does admit that, “Compared to my family, I am very much underdressed. Between the French and Italian background, they like to dress up to go buy bread, like [in] heeled shoes. When I first moved to the US it was a shock to see all these people wearing sneakers to the groceries, I thought they were all exercising!”

Jarrett Young says, “I grew up as a poor kid in North St. Louis city and i was always interested in clothes but didn’t have the ability to afford what I was into. Now, working, and having the money to try new things, I am apt to do more, because I’ve always wanted the opportunity [for it]!”

On the other hand, head of the science department and Biology  teacher, White is influenced by her medicinal needs. “I have a lot of allergies,” says White. She continues, “so, I have always been accustomed to carrying many different medications and consequently needing many pockets.” These requirement are what shaped how she dresses and her personal style, which she describes in 3 short words: “business, casual, and pockets.”

And while some teachers look like they walk straight out of a catalog, their style definitely differs outside of the classroom. Naqvi admits that “If I don’t have to go anywhere I don’t change out of sweatpants,” which to most students, it is very relatable. Kali Olson agrees saying “[on the weekends] I’m in pajamas for longer.”

But, even if style doesn’t change during the weekend, there has to be some things that our beloved teachers would never be caught dead in. Flip flops are something Dessi-Olive would never wear because, as she says, “they freak me out!” And for those of you sporting timberlands…well let’s just say Mr. Young isn’t a fan.

Moving on from an item we would never wear, what are items that our teachers cannot live without? When asked what would you save from a burning house, Naqvi said, “probably my red Michael Jordan Bulls jersey.”

Dessie-Olive had a little trouble deciding which of her scarves to choose from, as she collects them from around the world, yet in the end she went for one that’s orange.

Young had a different philosophy,  saying that he “wouldn’t save anything and use it as an excuse to buy all new things.” And when we pressed him about it, claiming that he had to have a favorite item he responded with some insightful words of wisdom, “I hate having favorite things. If I have something I like too much, I’ll throw it away. All clothes are meant to be worn. They are tools for me to express myself opposed to things I really like.”