Aamoth stadium gets a makeover

Over the summer, one of the middle school’s biggest assets–Aamoth Stadium–underwent some significant upgrades and the long-anticipated turf project was completed. Construction began on March 7th last year and finished August 15th this summer. 9700 square yards of turf material were brought in to fill 87,400 square feet of field surface. Lisa Uhler, Director of Buildings and Grounds at the middle school, reflects on the process: “It was a very successful project. We had fantastic contractors who were able to work through weather that would typically slow a project like this down.” 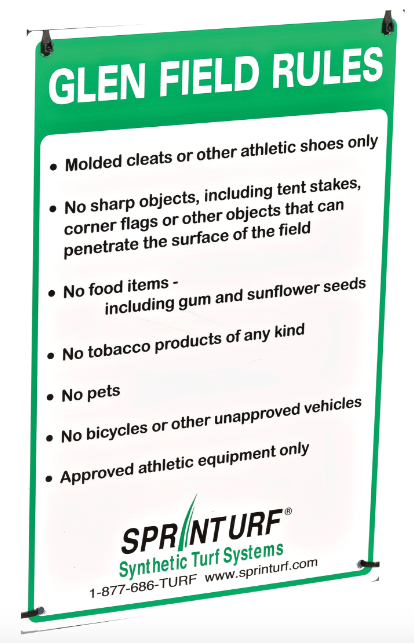 The switch from grass to turf will pay off in the long run and has already shown positive influence on the fall sports season. Athletic Director Nick Rathmann reports the usage of the new field, “Football played a game last friday night, that whole week it rained, any soccer game we would’ve played on that grass field would’ve ruined that grass field. We might’ve looked to move the game somewhere else.” He mentioned that over the last couple of years, Aamoth was used around 35 times throughout a whole year whereas it has already been used about 30 times since this August.

The boys’ soccer team was the first to use the new field for their Captains’ practice. A member of the team, Colin McConkey ‘18, explains, “I think the turf brought a lot of excitement, as it was a massive upgrade from last year’s pitch.” Colin expresses preference of turf over the old grass: “Last season, the ground was horrible. It rained right before the homecoming football game and the ground got all ripped up. Then it dried so we were playing on uneven concrete. It was a mess.” Jack Fraley ‘18, a member of the Wolfpack, can attest to the upgrade, “I think it’s easier to keep clean; the grass field would get really torn up by the end of the season and it was really hard to play on, so the turf field is a lot nicer because it will be in the same shape the whole season.” However, Jack feels that the loss of grass “loses the classical feel of the school… I just think it’s more fun to play on grass; it feels more natural.”

The success of the turf project is the first of several improvements at the middle school. The MPAC Theater will undergo a renovation in mid-October. There are hopes to begin a 3-phase renovation on the Ice Arena this March as well as expand the Middle School lunchroom and loggia.