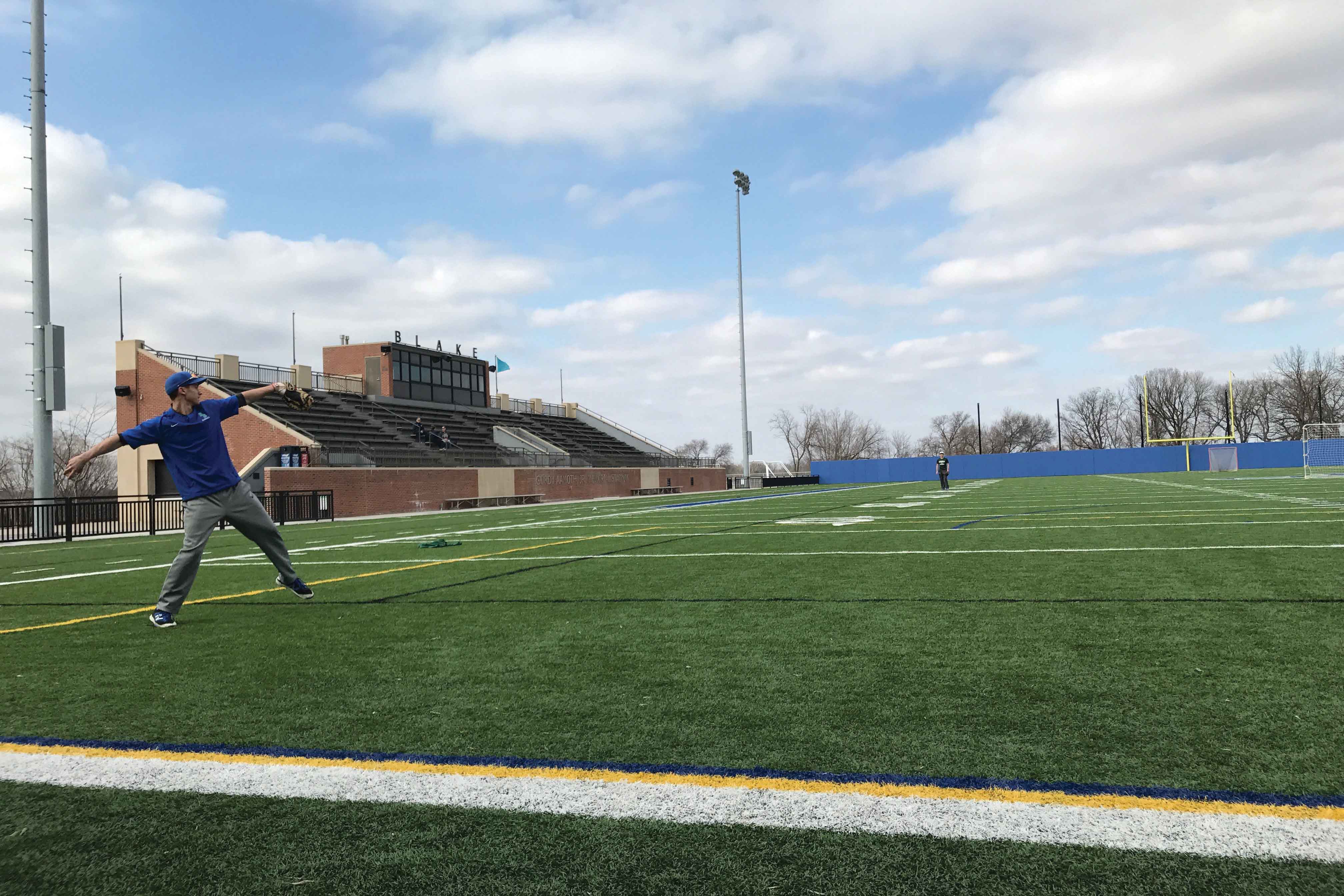 Grab your peanuts and cracker jacks–it’s time for some baseball. Coming off an 11-12 season, Boys’ Baseball looks to push the envelope in 2017. Led by captains Will Bean ‘17, Will Leadholm ‘17, and Jackson Lee ‘18, the Bears have high aspirations for the season, which will be the first under new head coach Jon Nuss.

He contributed to the Minnesota Gophers’ baseball team for two years, but later transferred to Bethel University.

Coach Nuss, who has 11 years of coaching under his belt, was named the MSHSL High School Coach of the Year after winning the Class 3A State Championship with Mounds View.

This new-look team will be without four seniors, all of whom contributed positively to the team culture—something the 2017 team looks to carry on.

Despite their youth last year, this season’s team is younger than years past with 11  freshmen on the team.

When asked about the potential of the new comers, Ethan Roe ‘18 says, “Almost all of the freshman are talented multi-sport athletes, which will be great for the team. Contrary to popular belief, much of baseball comes from being naturally athletic and coordinated, so to see these guys succeeding in their other sports is definitely a positive sign for our team this spring.”

Despite advancing to the sections semi-finals as the eighth seed last year, the team believes they have more work to do. The Bears hope to finish atop the IMAC standings by year’s end and are confident in their ability to make a deep run in sections.

Even with the team’s youth, they have many players who look to take their game with them beyond high school. Both Roe and his brother, Soren Roe ‘18, are talking to Division I school recruiters who began to show interest this year.

“This school season is when it’ll start getting more serious,” Ethan Roe says.

Bean will take his talents to the University of Saint Thomas next year.

The boys are eager to lace up their cleats and hit the diamond. Luckily, they won’t have to wait much longer—the Bears will host West Lutheran on April 10 to kick off the 2017 season.