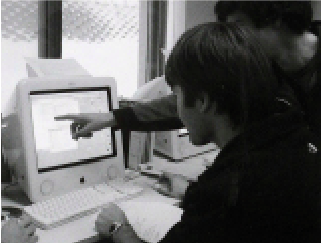 Students and faculty reflect on technology in education

With the click of a few keys on our laptops or phones, the world awaits us at our fingertips. Over the past few decades, advancements in technology have not only allowed for major educational milestones at Blake, but have provided a platform for equal engagement.

Karen Phillips, Physics teacher of 30 years, reflects on technological innovation in the Upper School, “I was really excited when we went one-to-one laptop with students so that all of you would have access to the data. I also saw it as an equity piece because, initially, kids who were on financial aid could get laptops at one point, but there’s a whole host of kids who, are not on financial aid yet purchase of a several thousand dollar laptop for multiple kids represents a pretty big expenditure, so it’s really an equity thing.”

The advantages of one-to-one laptops reach beyond the classroom. Will Maddrey ‘18 explains, “The fact that all our homework is on canvas makes it pretty essential to have a computer and work off of a computer, and I think it’s a good thing in general because it makes it easier to research and type up things where you had to write them before.”

New devices and tools offer amazing new possibilities and powers for a deeper understanding of material. However, while new devices become increasingly capable, consequent dependency for these tools remains a growing possibility. Claire Standish ‘19 admits a fixation, “[I am] 100% [dependent on technology.] Except for reading, there’s pretty much nothing I can do without it. Our math textbook is online, yeah it’s 100%.”

Similarly, though technology like laptops, cell phones, and online tools have undoubtedly increased efficiency in the Upper School, there are drawbacks at its expense. Lizz Buchanan highlights potential harm, “Focus. I think it’s really hard when you have everything available on a machine to be where you are and active in what you’re doing. I can’t even tell you how many classes I’ve been in where I’m sitting in the back at the beginning of the class and I watch people play games while the teacher is trying to introduce a new concept or talk about the project they’re about to do. Being focused and being where you’re at is an important skill to be taken seriously as a human, and that’s something we need to be working on.”

It remains each student’s responsibility to find their own balance with technology and school. Maddrey explains his navigation of learning with technology, specifically with note-taking in class. He says, “I’ve switched around a lot, but I now use pen and paper usually, just because when I write it out, it helps me remember it better than if typing it out or something. I’ve experimented with many different note [taking methods], but that seems to work for me.”

Using Google Docs, students and teachers can seamlessly share documents outside of school hours. Phillips expresses advantages to this system, “You all have an opportunity to easily share me on your documents and I can give you feedback in real time and then get that back. To be able to have that dialogue that’s not just happening in the classroom but can happen during your free period or after school or on the weekend, I’m hoping that that is of value to help you become better writers and thinkers.” Buchanan predicts, “I think we’re going to see more flipping of where instruction happens, I think you’re going to be doing more instruction at home, so you’re practicing the skills in the classroom or collaborating with people more in the classroom.”