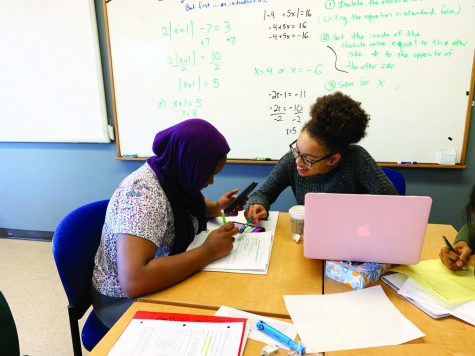 Habon Samatar ‘22 and Rabi Michael-Crushshon ‘22 collaborate on a math assignment.