How Blake's Stance on Climate Change Translates (Or Doesn't) to Student, Faculty Actions 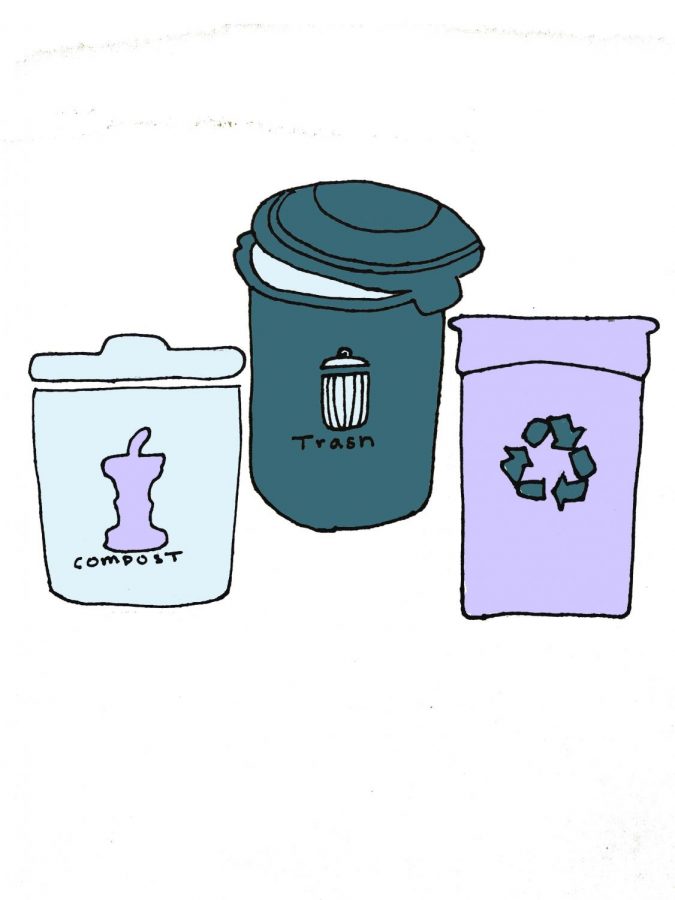 Depth varies, but conversations prevail due to general acceptance, concern 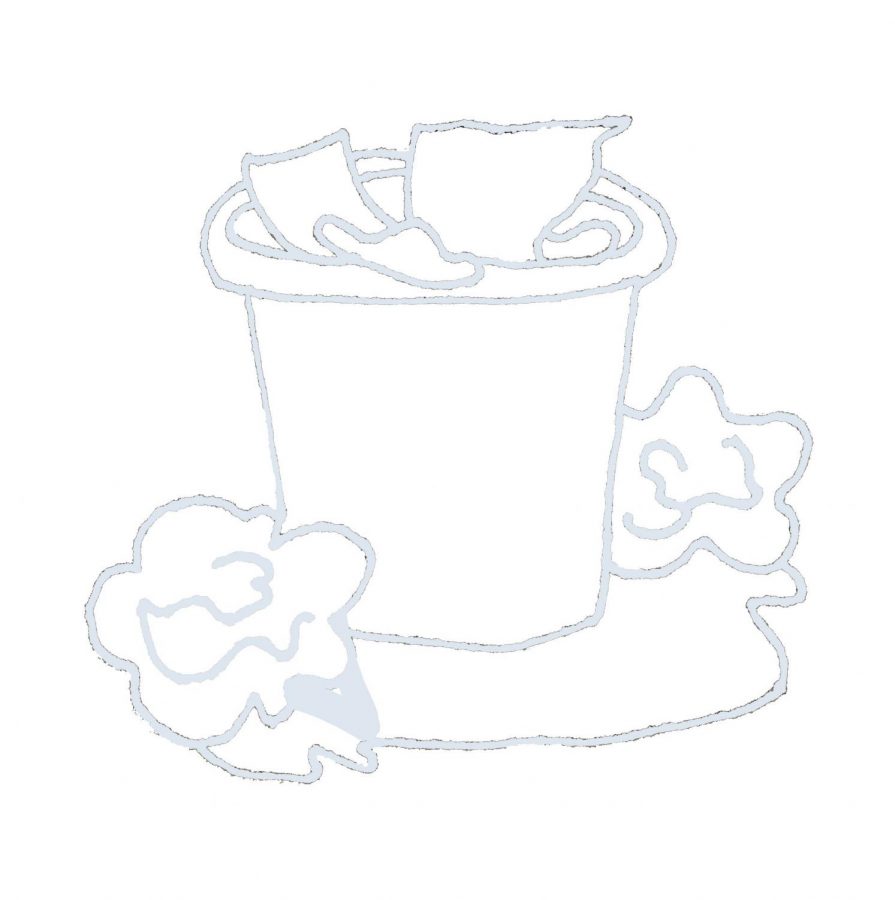 Climate change is a constant topic of conversation ringing through the halls, but these conversations take many different forms. According to science teacher Will Bohrnsen, in freshman biology, conversations about climate change might look like a nonchalant passing comment about how the “balance between photosynthesis and cellular respiration on our planet is out of equilibrium because of the burning of fossil fuels and that why we end up in a situation where we have global warming.”

Contrastingly, in Bohrnsen’s Environmental Science class, students are “reading work from Elizabeth Rush, who’s our Otis author that’s coming to speak in April, and talking directly about the effects of climate change on coastal communities.” The Otis Environmental Authors Program, created after the death of Phillip Otis ‘91, brings an environmentally focused author to Blake every two years.

However, conversations about climate change are not limited to science classrooms. In social studies teacher, David Graham’s ‘85 International Relations class, “students play different countries, so we addressed ‘how do you address the question of climate change’ and our particular focus was whether or not…should fossil fuels be banned, should there be any incentives.”

On the other hand, social studies teacher and Director of Global Programs, Dion Crushshon ‘88’s experience with teaching about climate change provides a stark contrast from both Graham’s and Bohrnsen’s. Crushshon began his Global Theories Local Realities class with the topic of climate change. He expresses, “It’s something that I think is important that students learn about so it frustrates me that [for] many students, my class is the first time that they’re really talking about it. It’s something that I think we should, very intentionally be talking about in our science classes at an earlier age.”

Crushshon reflects on the emotional impact these lessons have had on him: “I got a little bit depressed actually while teaching it because it was just so much bad news, so I try to balance the doom and gloom with the hopeful solution orientation and recognizing people who are doing good work to address the issue.”

Matt Paterakis, Pre-k through 8th grade head of science, sheds light on how the younger members of the Blake community are educated about climate change: “We unpack all the science in middle school and the focus has really become over the years, because this has become such a polarized and political issue is, well let’s look at the data that these claims are based upon and let’s try to figure it out from that standpoint, examine our biases.”

Paterakis also highlights changes he would like to see in the community, “One thing that we need to absolutely have is environmental science has to become not an elective, it needs to become a compulsory class that every single person takes so that when you graduate with a Blake education, you understand climate science, you understand sustainability science, and you understand the human impact on the biosphere,” as well as taking individual action saying, “If you’re not creating to the problem, you’re creating part of the mitigation solution…that has a summative effect as a community, if we send that message that this independent school is really digging in hard on this, then that has this duplicating effect.”

Contrastingly, Paterakis speaks from his experience saying, “you have to confront the fact that there are going to be people in your class which have very different political views because we’re a microcosm of society and how to help them to understand ‘look we’re not examining right-wing, left-wing liberal, conservative, what we’re looking at, it doesn’t matter what your political persuasion is, this is what the science says, so how do we get there?”

Across all levels, teachers agree that as a community, we are not talking about climate change enough. Paterakis points to this when he says, “It’s not enough that a few people are interested in having this conversation. It has to be a front-burner for probably the rest of your lives because if you don’t pay attention to it… it’s going to continue to rise up in ways that are harder and harder to deal with.” 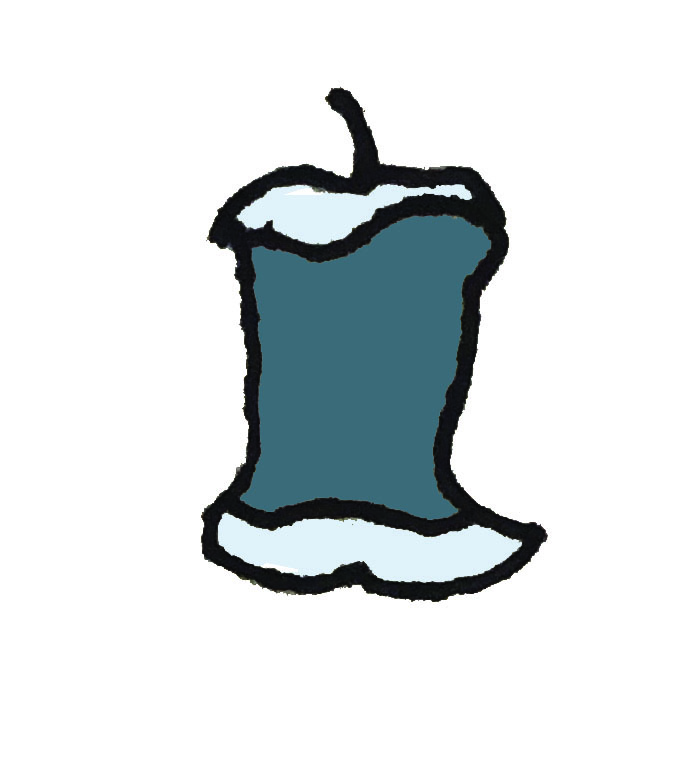 The topic of climate change is incredibly pertinent today, and the school is engaging with it inside and outside classes. Dr. Anne Graybeal, Associate Head of School, says, “We want all of our students to think critically and debate about current policy, current events, and topics of interest. We let the curriculum do the work of exploring the subject at hand.”

Director of Global Programming and Social Studies teacher, Dion Crushshon ‘88, has incorporated a carbon offset program to combat the inevitable carbon emitted in travel, specifically plane travel. Students are given the opportunity to participate in the program if they are traveling as part of a Global Program. Crushshon says, “I found a resource where families could purchase carbon offsets. So, I just did the task of calculating how many pounds of carbon dioxide are emitted.”

For the Dominican Republican and Rwanda Trip over the 2018-2019 school year’s spring break and summer break, respectively, these offsets were optional to families. But Crushshon states, “That was just a start. For the US-Mexico Border Program, I purchased the offsets for everyone. I just built it into the budget. And that’s my plan going forward, that offsets will be factored in.”

This growing program is a testament to the intentional work of Crushshon for Global Programs. Crushshon shares, “The goal of travel is to try to engage with folks we wouldn’t otherwise and to learn about other countries and cultures. But at the same time, there is a cost involved. And oftentimes, we haven’t thought about the costs of our carbon footprint, and also the garbage that we generate, and the water that we use. We just want to become more conscious about how much energy we’re using and how much waste we are using when we’re doing these experiences because they’re really important and valuable.”

Locally, the Legacy Day activities this year incorporated this topic and inspired action in the community for the environment. This manifested itself in several ways, including planting native plants. Additionally, the school offers professional learning grants that can be purposed toward the study of the effects of climate change in countries such as Iceland. The Graybeal remarks, “[we are focused on] find[ing] natural synergies in an already busy school, identifying ways that we can leverage already existing programs that let us talk about climate change and the environment, and environmental stewardship.”

Every day at Blake the printers are constantly pumping out essays, pictures, worksheets, diagrams, handouts, schedules, and more. Students and staff go through hundreds, if not thousands of pieces of paper per day. Paper waste is incredibly common at Blake, and all over the world. However, paper is also a valuable resource.  Books are comprised of paper, yet still full of rich knowledge. The Spectrum newspaper itself uses 16,00 sheets of paper per cycle. 9th and 12th grade English Teacher Anil Chandiramani explains the importance of paper in the context of the digital age, and what he considers appropriate and wasteful paper usage. He says, “there’s a certain kind of consumerist quality to digital reading. It’s like the reading you do quickly, [or] superficially.” Paper disposal and waste, is not a problem for him either. “Rarely do I find myself disposing of [articles and short stories]. I kind of treat them as I would the paper that comprises a book,” Chandiramani has an entire storage system for all of his texts and keeps them because of their knowledge value. He says he “think[s] it’s a noble goal to try and reduce paper consumption but I think instead of looking to education immediately, I think we can look to other places” citing examples such as napkins.

In contrast to Chandiramani’s outlook, many other members of the Blake community are more focused on their environmental footprint when using paper. When working Maddy Florida ‘20 tries to do as much digitally as possible but admits that some paper usage is simply unavoidable.

As a member of the Green Team and head of the Green Team club, Florida admits that “in some classes, it is necessary to write on paper, and you learn better when you write on paper… I have many stacks of flashcards for bio and it wouldn’t be the same for me if I made a quizlet.” Florida advises that the most important step comes in during the disposal process of the paper in order to be environmentally conscious. She explains,  “We need to keep the things that can be composted out of the landfill.” Florida explains that paper composting and recycling is important because though paper is not the biggest environmental problem, the growing deforestation due to its production contributes to overall global warming.

The Blake community emphasizes that paper is a very valuable tool for learning and a great resource in general, but so are trees everywhere. Tension between being climate-conscious and using paper to learn continues to provoke discussion in the hallways and classrooms of the upper school. However, purposeful thought and decisions about the value of using paper, to which Florida and Chandiramani allude is the most important factor in this debate.