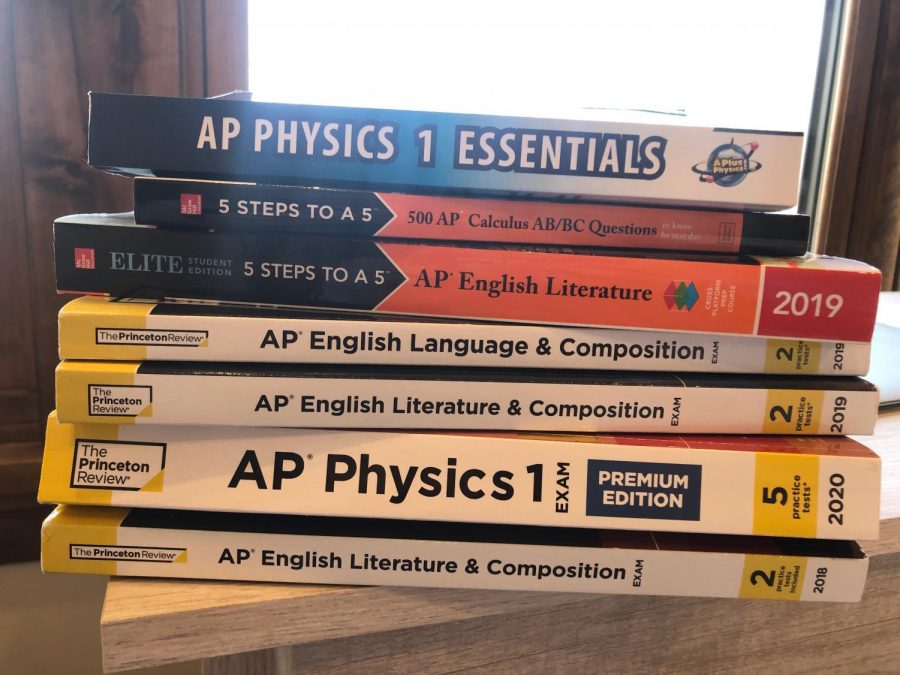 Amidst the coronavirus pandemic, annual and monthly standardized tests are being revised

The COVID-19 pandemic has forced major changes in the education system and college admission process. Due to concerns of spreading the coronavirus, ACT, SAT, and AP tests have been altered and/or rescheduled. In response, colleges are re-evaluating their admission standards.
The ACT cancelled its tests in April and June, instead offering free rescheduling for all students who had signed up for those dates. The SAT and SAT Subject Tests taking place on June 6 were cancelled. Instead, these exams will resume in August as long as that is deemed safe closer to the test dates. The exams will then be held monthly for the rest of 2020. The College Board, which controls the SAT and AP exams, also announced that juniors who haven’t taken the SAT will be given early access registration when exams resume and that if schools do not reopen in the fall, the SAT will be administered online. AP exams have been moved to the weeks of May 10 and May 17 and will occur entirely online. The exams have been shortened into 45 minute free-response tests.
In light of these changes to the standardized testing systems, colleges have had to adapt their admission processes. While many prominent universities, like those in the Ivy League, have not announced any changes, a growing number of colleges are going test-optional. Test-optional schools do not require students to submit SAT or ACT scores as a part of their application.
Schools that range all the way from East Coast liberal arts colleges like Williams and Amherst to the University of California system have announced that they will be test-optional for students wishing to enroll in the fall of 2021. The University of Oregon, Oregon State University, and Scripps College have all announced that beginning next year they will become permanently test-optional. Other colleges have taken the opportunity to experiment with a test-optional system\; Tufts University and Davidson College will be test optional for a three year period beginning with students that plan to enroll in the fall of 2021.

SAT/SAT Subject Tests:
Ones occurring on June 6 were cancelled
Will occur monthly until the end of the year beginning in August, if that’s deemed safe
Juniors who haven’t taken the SAT yet will get early access to registration when exams begin again
If schools don’t reopen in the fall, they will administer online exams