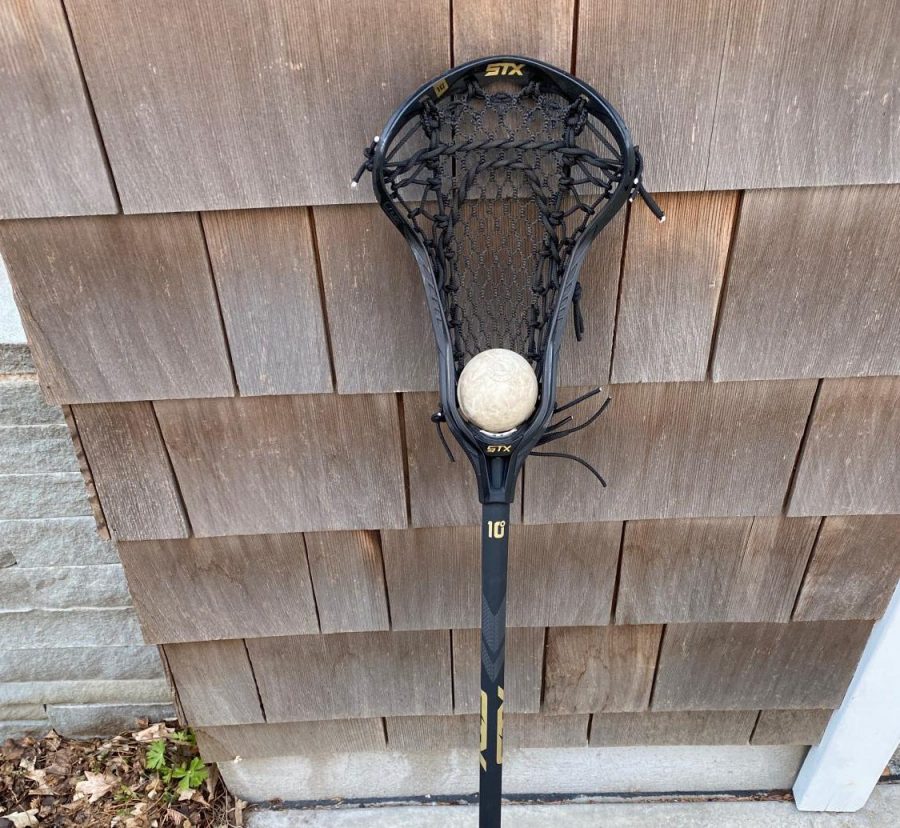 Before the spring sports’ seasons were officially cancelled, different teams were staying active and preparing for their upcoming seasons. Eliot Mitchell ‘21, explains that her lacrosse coach “made a spreadsheet and we have five workouts a week and then like wall ball and stick challenges and things like that.” Lacrosse captain, Levi Hlavac ’20, shares that the boys lacrosse team is doing similar activities:  “And then we have an app that we use. You like to put your phone on your bicep and then you play wall ball and it counts your reps for wall ball, and so we try to get 5000 reps in one week.” Now however, teams are focusing on the future, whether that means  coming together this summer, or preparing for the next season.

Without this season, teams feel more pressure to work hard in the off-season to prepare.  Mitchell states, “But next year, the majority of our team are juniors this year, so we will be seniors next year, and it’s our last season, so it is going to be big. […] I am sure it’s going to be putting in a lot of work next year.” Similarly, Carly Shoemate ‘22, track captain, explains the effect of the cancelled season saying, “it definitely would affect the team, especially our girls team, we would have been trying for our third state championship title this year. And not necessarily would have happened, but the fact that we don’t even get a chance to see if it would. So that would definitely affect the mindset going into next season.”

Even teams that are more individual based, like clay target, are affected by the cancelled season. Bailey Abraham ‘21 states, “It’s definitely going to damage team bonding if we don’t have a season this year. But, it’s not like a super high commitment team and it’s pretty individual, so I think it would affect more individuals rather than teams.” Athletes are worried about losing a season, since it is difficult to pick up on skills and routine after two years. Solveig Bingham ‘21, member of the synchronized swimming team, speaks to this sharing, “I know it’s going to be hard for me not to have been able to swim for an entire season and then to come back next year […] So everyone is going to have to do a lot of work.

Although it is disappointing to lose a season, seniors and other players are hoping to spend some time with their team and the sport this summer. James Killilea ‘20, baseball captain, states, “ It’s really weird to think that the last time we might actually have really touched a baseball is that one winter workout we didn’t even think twice about. […] It stinks and at this point we are crossing our fingers for some sort of summer baseball.” Younger athletes are ready to put in the work next year with a newfound appreciation for the sport. Sujit Chepuri ‘21, tennis player, summarizes most feelings, stating, “Hopefully we are more motivated by this all to be a little more grateful for the seasons we do have and taking advantage of all that.”