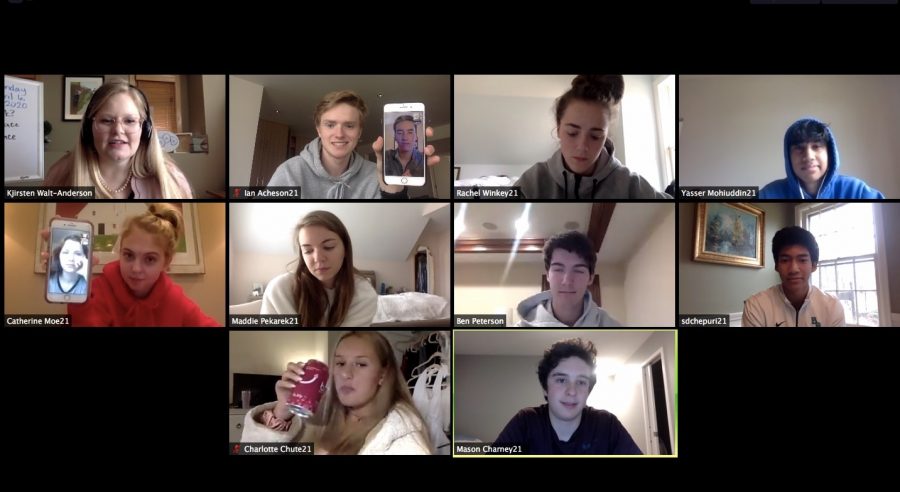 Ian Acheson takes a picture of Walt advisory on their inaugural Zoom meeting.

As synchronous learning begins on April 6, Kjirsten Walt’s junior advisory meets during their designated time to check-in with each other and plan events for future advisory meetings. Their advisory enjoys spending time with each other, so they even had a meeting during the asynchronous week to see how each other was doing after a long break from classes. To keep advisory time engaging, they hosted a “pet show-and-tell” on April 8 for their advisory meeting. Ben Peterson ‘21 says, “I like our advisory times because we can do fun activities that we couldn’t normally do at school. For example, the pet show and tell”. In the coming weeks, two students will take turns each advisory to give a tour of their house. In addition, they are brainstorming fun activities such as playing synchronous games on their phones, talking while each person makes their lunch, and more. No matter what it is, they are trying to make the best out of this uncertain situation and the valuable time that they have with one another.