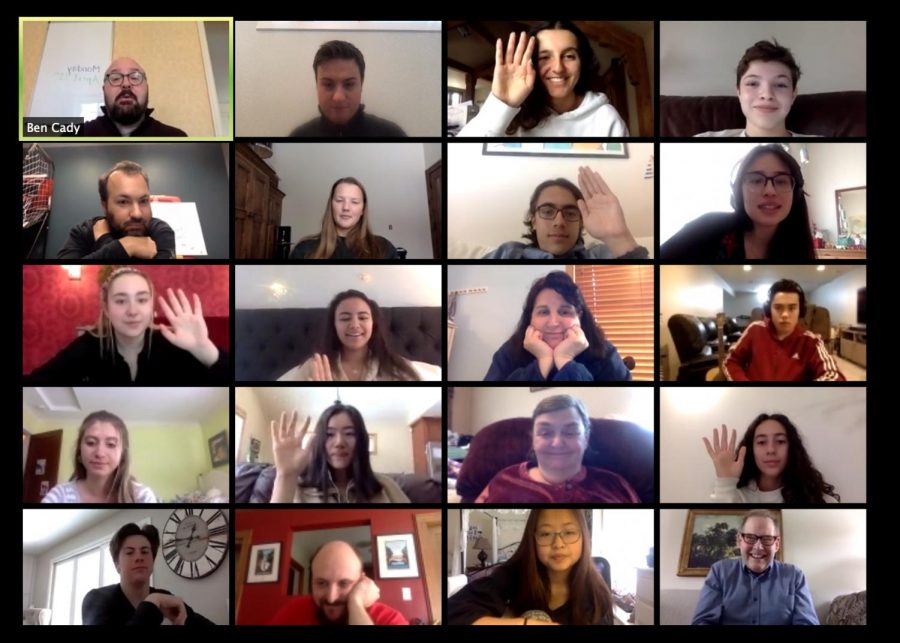 “Forum’s just open for business as per usual,” says Student Body President Joe Gustaferro ‘20. The group meets weekly through Zoom, as they normally would during school. Gustaferro shares, “conversation doesn’t flow as easily over Zoom as it does in person, which makes things a little bit difficult, but we’re still putting items on our agenda, discussing similar issues to what we normally do.”

Ninth grade Forum representative, Justin Krelitz ‘23, echoes this saying, “What I would say is, when we came back from school there was gonna be nine weeks let of school until summer, which in reality, isn’t that big of a portion relative to the before quarantine parts of school. So, I would say that in reality, it hasn’t really affected my experience also considering the fact that we still hold weekly meetings. You know it is what it is, but it doesn’t impact [me] that much.”

Senior Class President, Rosa Gerdts ‘20 sheds light on one of the items Forum is tackling right now: “Every single year Forum awards a member from the senior class a scholarship, and so we’re kind of thinking about how that is going to work out with the whole virus situation, how we’re going to award that.”

Regarding the upcoming elections, Forum’s Executive Committee decided to push the elections to the Fall of the 2020-2021 school year, assuming school resumes in the fall. The committee agreed that this would be the best way to replicate what is the norm for Forum elections. Sophomore representative, Skylar Wang ‘22 speaks to this decision: “We’re just moving the votes back to August so that hopefully, when we start school again, if we start school, they’ll be in person elections instead of speeches over Zoom.”

Additionally, Forum is bringing about changes to the voting system and implementing an “instant runoff” voting system. Math teacher and Forum faculty representative, Alex Fisher explains these changes and the reasons behind them saying, “And so your votes would be assigned to whoever you chose for first place and then of the candidates, whoever has the fewest first place votes would be eliminated and their votes would be given to whoever they had in second place and so on and so on. The reason why we’re doing this is two-fold….there are some weird corner cases that have benefits too, but primarily the reason why this is a good idea is because it discourages people from voting strategically.”

For grade representatives, Forum is using a single-transferable voting system. “If you’re choosing three…representatives, then you would say ‘okay the threshold to become one of the representatives is to get 33% of the vote, so let’s say we count all the votes, and one person has 40% of the first place votes already. They would automatically be one of the three representatives…we would take all of their votes and distribute them to the second place choices of all of those voters. But they would be weighted so that it would count as adding only 7% of the vote in total to the candidates.

Gustaferro has found that pushing elections back has brought up some advantages: “I think that because we have much more time it sort of presents an opportunity for us because we don’t have elections coming up so close, we have a lot more time to talk with the administration and talk with each other about issues that have come to us.”

Despite the changes, Forum is still hoping to meet with and hear from students virtually and is open to student initiatives.