Pursuit of Democracy Remains in America Today, Exemplified in 2020 Election 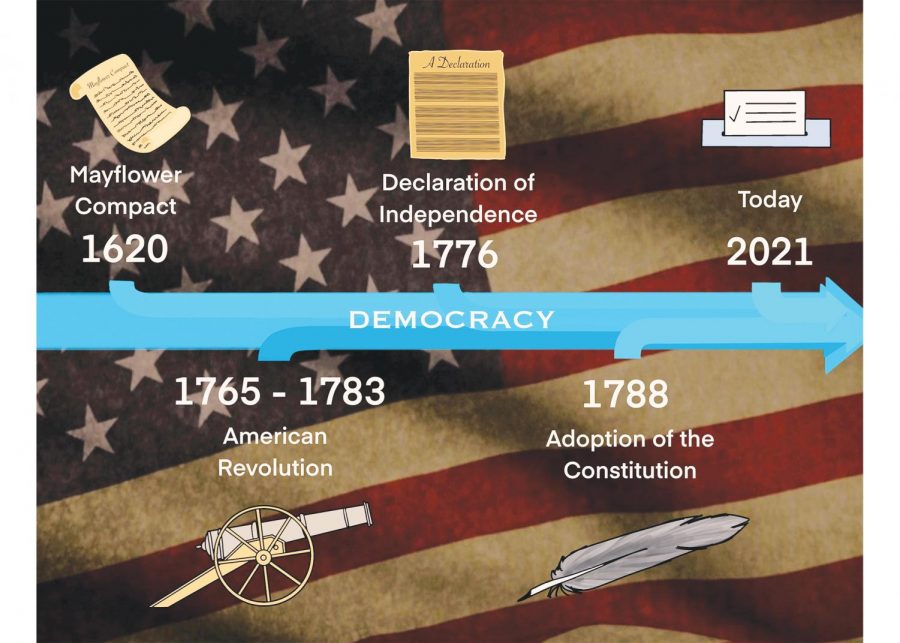 Not only is freedom fundamental to understanding why democracy is so important, but it is one of the founding principles of the United States. When the Pilgrims sailed to the New World, they were looking for better economic opportunities and, more importantly, they were trying to escape religious persecution under the reign of King James. Upon their arrival, they signed the Mayflower Compact, outlining the basic laws of their colony. The importance of the Mayflower Compact is that law made by the people is the rule of law (self-governance). The compact set the precedent in the New World that society is governed by the people and their collective conscience.

As colonization of the New World expanded, British troops tried to suppress them like they had back in England. As a result, colonists fought back and started the American Revolutionary War, which led to the creation of a new nation, the United States of America. Shortly after the start of the war, the Declaration of Independence from Britain was created. This document is vital to American democracy because it encompasses similar ideologies from the Mayflower Compact. In the document, it says that governments derive their powers from the “consent of the governed.” This means that the government needs approval from the people in exchange for the ability to function (also known as the social contract). Another founding document, the Constitution, includes similar language to highlight how many parts of the government can only function with input from the people.

The Founding Fathers’ mission to create a society based on freedom and societal participation is evident today. From our most recent presidential election to the appointment of state and federal judges, everyday citizens have the power to influence how the government operates. It is clear how important this founding principle is today because our elections and society depend upon it.