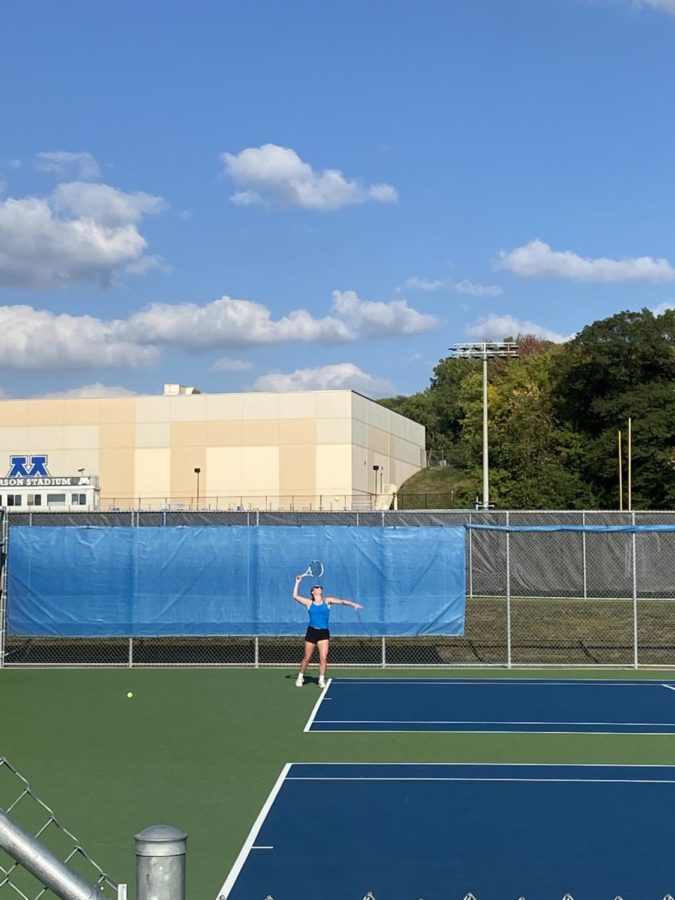 As the weather gets chilly in October, the end of the Girls tennis season is here. Although the Blake Girls Tennis team did not qualify for the State Tournament, they still had a great season, falling to a tough Edina team in the Section Finals.

At the end of the season, after the team section competition, each school chooses two singles players, and two doubles teams to send to the Individual Section Tournament. This provides players the opportunity to qualify for the State Tournament as an individual. Head coach Mike Ach sent Blake’s first and second singles Allyson Jay ‘23 and Nana Vang ‘24 to the section tournament as a doubles team, and they eventually qualified for the State tournament in doubles. Vang is pumped for the State Tournament at the Baseline Tennis Center at the U of M as she looks forward to improving her result this year from a consolation champion finish last year. “We can definitely make a better run this year,” Vang stated.