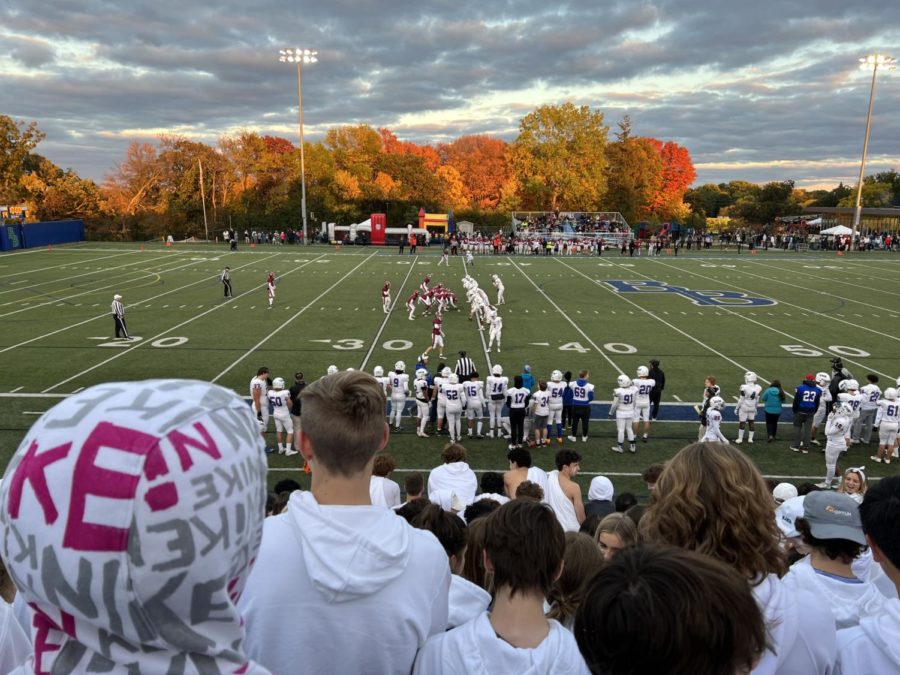 We have to keep moving forward,” says Grady Rannow ‘24, one of SMB Wolfpack’s defensive backs. Rannow emphasizes the importance of the team’s “next man up mentality,” explaining that the team needs to push forward despite the many setbacks that the team has faced, including multiple starting players who sustained season ending injuries.

Regardless of some of the difficulties they have encountered, The Wolfpack has still had a lot of success this season. Their current regular season record stands at 4-3. Stephan Gufstafson ‘24, an SMB linebacker, said a highlight of the season was “scoring a touchdown on a blocked punt against DeLaSalle.”

Gustafson adds that the biggest lesson he’s learned this season is that “the coach is always right.” Using this lesson and the many others they have learned this season, The Wolfpack hopes to carry momentum into their next games so they can keep pushing forward in the postseason tournament.